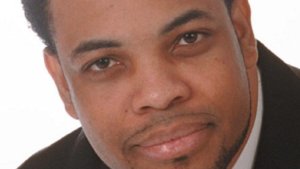 David E. Taylor, a self-proclaimed “prophet,” asserted on Aug. 25 that he brought a dead woman back to life through a message on Facebook.

“Raised from the Dead!” Taylor posted on his Joshua Media Ministries International Facebook page. “David E. Taylor Commands Her to Live Through Sending a Text Message Through Facebook – Releasing the Supernatural Resurrection Power of God! She Lives!”

To support his extraordinary declaration, Taylor included a picture of an elderly woman in a hospital bed and a “message from her daughter” that stated: “Thank you sooo much Dad (Apostle Taylor), the doctors were sooo amazed for my Mom’s speedy recovery. She was dead for 40 minutes but God resurrected her !!!”

Taylor then wrote: “That’s Power! What do you need resurrected that is dead in your life today? A Marriage? A Relationship? Ministry? Finances? Health? Children? a Business…? Call David E. Taylor’s 24/7 Prayer Line Now to Pray the Prayer of Agreement and Receive Resurrection Power into Your Life and Situations!”

Jesus visited David and told him he had been ordained to be a Healing Shepard to America and the world.  The term “Healing Shepard” had never been heard by him the way that the Lord said and articulated it in this phrase.

As a prophet he has been given the ability by the Lord to be what the bible terms to be a face to face prophet.  Jesus told him in an appearance that like as unto Moses that he had a prophetic face to face ministry with Jesus himself and God.

The Friendly Atheist noted in December 2015 that a video surfaced of Taylor giving a deposition. In the video, a lawyer reportedly asked Taylor who “Brooklyn Mitchell” was; Taylor said he didn’t know.

“On your 2012 tax return, you claimed Brooklyn Mitchell as a dependent through an exemption,” the attorney replied.

Taylor said he didn’t think that was true or accurate, and added he did not do his own taxes.

The attorney also asked Taylor about a $2.8 million property in St. Louis that Taylor listed as an asset on Joshua Media Ministries International’s tax forms.

Taylor reportedly called it a “home,” then a “residential center” and later added: “It is a, really, it’s a gathering place for our ministry. Where I bring in different leaders and also the staff that we have as a place of, um, you know, maybe, um, resort and teaching. A resort where we teach and train.”

The lawyer asked Taylor about his Louis Vuitton and Versace clothing, to which he reportedly replied: “I’m a very frugal person when it comes to this. I go to the right places to get a lot of suits, and if I get some from those places, you don’t see that in that bill.”

Taylor released a Christmas video in December 2015 in which he insisted the deposition videos were edited to attack his character. He also denied mishandling “God’s money.”