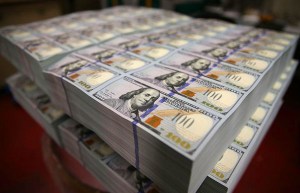 Some of you may recall a 3 minute video I made back in December of 2013 titled “Obamacare = International tool to enforce mark of the beast.” I outlined some facts regarding the involvement of the World Bank president and why an international banker would be interested in Obamacare. I also mention the video I made 5 days earlier titled “Guillotines in Obamacare” in that video as well and yes, that one got many more hits than the one about the mark of the beast because as Rome knows, most people could care less about their eternal lives. They only care about the flesh and what it has to offer on a day to day basis. That’s why the video about the guillotines has 11,366 bits to date wherein the other video made just 5 days later only has 1497 hits. Basic reality of this end tome society is that most people today don’t want to hear about the prophesied truths of the Bible. And yes, that too was prophesied. Notice what it says in Isaiah…

This is also why the prosperity churches that preach churchianity are bulging at the seams with 20,000+ seats each and every Roman Sabbath. They give the people what they want to hear instead of what they need to hear. They preach a hope in money and preservation of their finances instead of salvation and preservation of their very lives. Their preachertainers are never going to preach what the Bible says because if they do the pews will empty and with those emptying pews comes emptying pockets for the pastor. But as I have been preaching for decades, Satan knows all about the already begun loud cry and how it will cause many more people riding the fence to eventually leave those apostate churches when the truth is made very clear about the signs of the times and the Christian fruit of obedience to God’s Law. And so his 501c3 invention of 1954 under Lyndon Johnson that was “given life” in 2006 was put in place so as to tighten the noose around the “government approved” preacher’s neck. When those pews start to grow cold with a lack of previously mesmerized souls with pockets filled with the tithe, every single one of the government pastors will use their politically granted powers as Trump spoke of in a recent speech to pass laws to try and shut us up and as prophesied they will gather as one againstthe people of God.

These wolves have no clue as to the prophetic events unfolding right before their very eyes and this is why back in 2013 when I showed in that video how Obamacare wasn’t at all about insuring the sick as much as it was about having an international means by which to use what’s in the writing of the law to be able to globally enforcethe mark. And now that Obama is openly speaking about using Obamacare as it was written by Rome in Bangladesh, perhaps some will finally start to realize how accurate Christian prophecy can be. In this I pray often.