Big spike in ‘hate crimes’? Not so fast 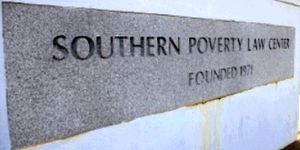 “Most of the incidents on the SPLC list, while deplorable, crude and vile if they actually happened, have not included physical violence and hence the use of the term “attack” is misleading. Most involve uncorroborated assertions of verbal threats or racist comments that, while mean and nasty, don’t appear to pass the smell test required of a crime. For example, a Muslim Uber driver from Morocco, now a U.S. citizen, was “verbally assaulted” in Queens, New York City, on Nov. 17 by a man who yelled, “Kiss your visa good-bye,” among other slurs, CNN reports. …The left has a long history of faking hate crimes, which only serves to cheapen and lessen the impact of the real acts of hate that do occasionally occur. The female Muslim student at University of Louisiana who accused a Trump-supporting man of attacking her and ripping off her hijab admitted a week later she made the story up, the Washington Post reported.” –Source

If this wasn’t so annoying it would be laughable. But, it is expected. Living in the age of lying as we are, we should expect the well fueled by Governmental operatives mainstream media to do all they can to push for the most vile and wicked outlook on society so as to make it that much easier to pass certain laws that truly have no reason to exist. But then unjust laws were prophesied to be passed and so they are.

The basic reality in all this is, as students of prophecy have been saying for decades, and especially the last 2 decades alone, the media in America and now other nations is mostly fiction designed to CONvince the public into thinking along the same lines of their corrupt leaders. And yes, they learned this all from Vatican politics.

How so you ask?

Remember what Paul prophesied in 1 Thessalonians 5:3, “For when they shall say, Peace and safety; then sudden destruction cometh upon them, as travail upon a woman with child; and they shall not escape.” Do you also recall the below article I posted many years ago on my old fashioned “current events” page? It came out via the Vatican in 1998.

The powers that be saw how well that worked for Rome and so they went for it. The people calmed down and everything got back to normal after the Pope claimed all was well. So they knew they had some power to be able to manipulate the minds of the people using the media. It also reminds me of Orson Well’s “War of the Worlds” radio broadcast that caused many to run for cover and even suicide out of fear the Martians had invaded.

The media of today is nothing more than a politically based propaganda machine hell-bent on whatever demon inspired agenda they have for the day, week or month. The last election alone confirmed that hands down. The left leaning media wanted Hillary in office so bad they lied about everything including the polls. They even fabricated video streams to even make it appear as if she was standing before large crowds as healthy as an ox when in fact she wasn’t even there and the crowds were paid for and very small. They did this hoping the blitzkrieg of pro-Hillary News Reports would sway the minds of the population to get them to give up and stay home when it was time to vote for Trump. They literally made it look like Hillary already won and was transitioning into DC weeks before the election. It was that bad!

Now don’t get me wrong, Trump is not much better than Hillary. And his recent pro-Christian lobbying statements suggest Sunday Laws are that much closer now. But the very fact he won the election shows the media faked just about every report on him as well as on Hillary. And as I stated a week or so back when I received a call from a concerned soul who feared they were in danger due to all the riots on TV near their area, I told them all about how I believe the media was faking it so as to garner more support for their leftist agenda. And now this article comes out further validating the truth as we know it.

That’s why I love the truth so much. In both Scripture and basic reality for that matter, it can never be refuted.