(RNS) For the first time in 40 years – since President Jimmy Carter took office in 1977 – a Catholic bishop will take part in a presidential inauguration.

“I am honored to have been asked to offer a reading from Scripture at the upcoming presidential inauguration and look forward to asking Almighty God to inspire and guide our new President and to continue to bless our great Nation,” Dolan said in a statement.

Rabbi Marvin Hier, dean and founder of the Simon Wiesenthal Center, will also take part — the first time since 1985 that a rabbi will offer prayers at the event.

END_OF_DOCUMENT_TOKEN_TO_BE_REPLACED 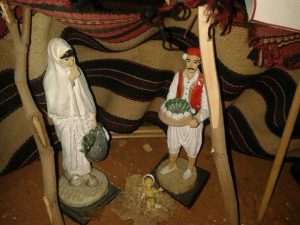 “Don Franco,” as the priest is known, said that he had the special crèche scene constructed “in the name of dialogue among religions” and that his message had been “misinterpreted.”   END_OF_DOCUMENT_TOKEN_TO_BE_REPLACED 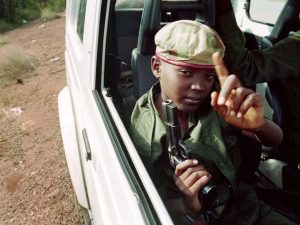 One 15-year-old boy known only as Ahmed said that the girls “scream and cry for help,” but the militants don’t care. “Sometimes they’ll be slapped and threatened with guns if they didn’t cooperate,” he said.   END_OF_DOCUMENT_TOKEN_TO_BE_REPLACED 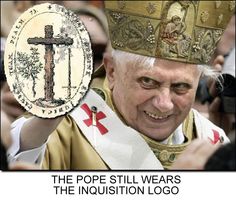 “Massimo Introvigne, Director of the Centre for Studies on New Religions (Cesnur), told Vatican Radio that around half a billion Christians in the world are unable to express their faith completely freely, while around 90,000 – one every six minutes – died for their faith in the past year alone. Referring to statistics from the Centre for the Study of Global Christianity, Mr Introvigne said around 70 per cent of Christians murdered in 2016 died in tribal conflicts in Africa. These deaths were included, he said, because very often they involved Christians who refuse to take up arms for reasons of conscience.” –Source
<And that is why the Muslims under direction of Rome kill the Christians. It’s also why we see the politicians and most so called “Christians” in America supporting Chrislam in their own churches. Cowards always have the same reasons for their cowardice. Cowards always target Christians because they feel their love for them is weakness and so they make easy victims. The Vatican knows how easy it was to kill hundreds of millions during the prophesied “Great Tribulation” Jesus spoke of, and so their loyal pawns in Islam today do the same figuring the gentle Christians are an easy target. Fact is what the cowards in Rome, Islam and in the SDA and other churches that declare “Allah is God” don’t seem to realize is, real Christians don’t fear death at all. The obedient Christian knows we will get up again never to die for all eternity. Christians also know it is far more courageous to stand in the truth as it is proclaimed in Jesus Christ and be obedient even unto death than it is to beat on someone who loves you so much they refuse to even strike back knowing to do so will harm you.   END_OF_DOCUMENT_TOKEN_TO_BE_REPLACED 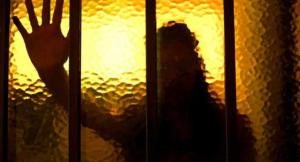 “The children said they wailed as the two Roman Catholic priests repeatedly raped them inside the small school chapel in remote northwestern Argentina. Only their tormenters would have heard their cries since the other children at the school were deaf. …the Vatican knew about him since at least 2009, when the Italy victims went public with tales of shocking abuse against the most vulnerable of children and named names. In 2014, the Italian victims wrote directly to Pope Francis again naming the Rev. Nicola Corradi as a pedophile and flagged that he was living in Francis’ native Argentina. Yet apparently, nothing was done.” –Source
And why should the Vatican do anything at all? After all, all we can expect is more of the same lip service the previous Popes offered wherein nothing was done to slow or even stop the raping of children. Like when given the chance to actually help the children, the “zero tolerance” legislation for the Vatican was vetoed by John Paul II. But herein lies the sticky wicket for the present Pope. They need to spin this one extra carefully because the very man that stands as Jesuit Pope Francis today was the very same man who stood as Cardinal Jorge Mario Bergolio over Argentina when the molestation scandal was first discovered back in 2009. He did nothing then, and judging by his past, and the past Popes; he won’t do much more than offer lip service now either.   END_OF_DOCUMENT_TOKEN_TO_BE_REPLACED 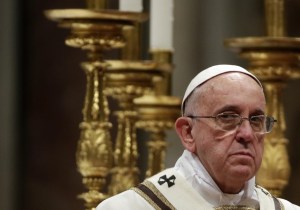 On this website I have a page that outlines in much detail just how evil Christmas really is. Click here to see 28 points exposing everything from Paganism to a cross dresser most call Santa Clause to this day. But my favorite way to expose Christmas is to point out the fact that Jesus could not have been born in Winter. It says clearly in Luke 2:8, “And there were in the same country shepherds abiding in the field, keeping watch over their flock by night.”   END_OF_DOCUMENT_TOKEN_TO_BE_REPLACED 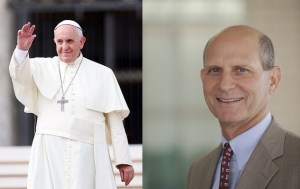 “On Wednesday before the general audience Pope Francis received in audience the participants in the Conference of Secretaries of Christian World Communions, the international ecumenical association that meets annually in October, each year in a different country, to improve mutual awareness. The conference is made up of the Anglican Communion, the World Baptist Alliance, the Disciples Ecumenical Consultative Council, the Ecumenical Patriarchate (Eastern Orthodox), General Conference of Seventh-Day Adventists, the International Old Catholic Bishops’ Conference, the World Lutheran Foundation, the Mennonite World Conference, the Moravian Church Worldwide Unity Board, the Patriarchate of Moscow (Eastern Orthodox), the Pentecostals, the Pontifical Council for Promoting Christian Unity (Catholic Church), the Reformed Ecumenical Council, the Salvation Army, the Friends World Committee for Consultation (Quakers), the World Convention of Churches of Christ, the World Evangelical Alliance and the World Methodist Council. A representative of the World Council of Churches is also usually present.” –Source

The actual headline to the article was a bit long and may have caused some that read this blog to ignore the content of the article. The title as released by the Vatican was “It’s Not My Jesus vs Your Jesus, But Our Jesus, Pope Says to Ecumenical Group.” Hence the title I posted is my way of making it a tad clearer as to what actually going on here. I know many SDA’s riding the fence read this blog and I know some of them have no clue about how their church leaders have joined with the Vatican in a big way. In fact, see my “Roman SDA” doc file compilation on this that since posting it on SDAapostasy.org back in 2006. If you have time to read it all (and it is massive!) you will be very shocked at what the SDA General Conference has stated in writing! Seriously, every SDA needs to see those documents!   END_OF_DOCUMENT_TOKEN_TO_BE_REPLACED 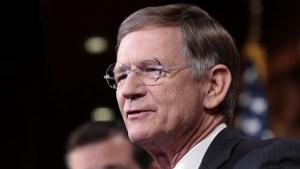 “The Obama administration withheld information from Congress and improperly fired an employee as part of a politically motivated push to end a Department of Energy (DOE) program, House Republicans say. A report Tuesday from the House Science Committee, based on an 11-month investigation, said the Obama administration wanted to shut down the DOE’s Low-Dose Radiation Research Program — which the committee has voted to save — in order to shift funds to President Obama’s climate change priorities. …The report released Monday goes even further, accusing the DOE of “a scheme to withhold information from congressional staff” to push Obama’s climate goals. …Thereafter, the DOE took punitive action against a scientist because she was unwilling to go along with the department’s inappropriate and unlawful advocacy scheme.” –Source

Oh what a tangled web we weave when first we practice to deceive. So many bogus agendas swirling around the White House now-a-days that when one comes into view that can jeopardize the most current and focused false agenda of the first beast in Rome, anyone threatening that agenda, and this includes those that have well documented evidence confirming the agenda false, they must be removed at all costs. Problem is, you can’t fire everyone, you can’t pay off everyone and you certainly can’t kill everyone that may eventually speak out against you. Still, Rome and her cohorts in DC will try all the way until the Lord that prophesied their plans returns.   END_OF_DOCUMENT_TOKEN_TO_BE_REPLACED 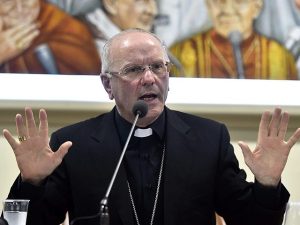 “Despite appearances to the contrary, the murder of the Russian ambassador in Ankara and the Berlin massacre in a Christmas market have nothing to do with religion but are economically motivated, according to the secretary general of the Italian bishops’ conference. On Monday, a gunman shot the Russian ambassador to Turkey, Andrei Karlov, at an art exhibition in Ankara, reportedly shouting “Allahu akbar” while he gunned him down. Later in the day, a Muslim Pakistani “refugee” drove a semi through a Christmas market in Berlin, killing 12 people and injuring many others. In an interview with the Italian daily, Corriere della Sera, Bishop Nunzio Galantino, said the Berlin and Ankara terrorist attacks were not motivated by religion but by money.”-Source

You know what’s really shocking about this Bishop’s incoherent statement? 1.2 billion Catholics will believe him. Why? It’s because Rome has built it into the structure of the dogma that the Popes and prelates are not just godly men, they have stated in writing they are “gods on earth!” The fact every political leader as well as every common man sitting in a Catholic pew bows before these men to kiss their feet or rings confirms they do worship them!   END_OF_DOCUMENT_TOKEN_TO_BE_REPLACED

“The new law has some really interesting language in it,” said Caroline Mala Corbin, professor of law at the University of Miami. “It takes an expansive view of religious liberty, saying freedom of religion is not just about the right to practice religion. It is also about the right to have your own views about religion including being agnostic and atheistic.”   END_OF_DOCUMENT_TOKEN_TO_BE_REPLACED