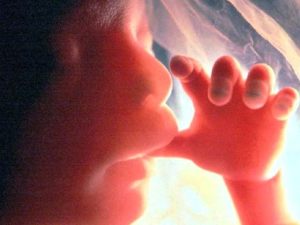 “A professor at Purdue University argued that images of aborted babies constitute “child pornography” in a recent debate over abortion rights. Professor David Sanders, an associate professor of Biology at Purdue University, accused pro-lifers who use images of aborted fetuses of participating in “child pornography” activities. …What would you call the public display of a butt naked body of a child?” Sanders asked. “I would call it child pornography. Do they have their permission? Do they have the permission of the fetus? Obviously not.”” –Source

These advocates for human genocide aka child killing, aka abortion promoters will stop at nothing to keep the murder of innocent babies flowing smoothly. As any Satanist will tell you, and I have one admitting as such in this video I made some time ago, killing human babies in abortion clinics is a favored religious ritual of most Satanists that want to gain more power from Satan. And seeing how we are VERY NEAR THE END, Satan is granting them that power whenever they do these blood sacrifices so as to bolster his global campaign against Christians and so his pawns will stop at nothing to guarantee and increase in that promised power. Little do they know that it’s not only temporary, it’s very short lived as the second coming will make perfectly clear.

But will it stop Christians from warning people about killing these precious little babies? Not at all! If this professor has his way and someone in D.C. gets wind of his demon inspired speech who then lobbies a law to the point of passage in the house, then all the Christians need to do is place a little piece of black duct tape over the genitals of these innocent little victims on their posters and all is well.

And yes, that’s all it would take as anyone with two eyeballs can tell you, public displays of nudity by living breathing adults on literally millions of billboards and Mall storefronts across the nation depict men and women standing naked with very little bits of fabric covering just a fraction of their private parts. What this professor fails to realize, as most enraptured by Satan can never see is the reality of truth behind it all. Al one needs to do if being forced to stand in a court room over an anti-abortion banner is to display the picture of the murdered child alongside a picture of just about any billboard that shows adults with nothing more than what amounts to a few postage stamps covering their nudity and the gavel will drop, CASE DISMISSED!