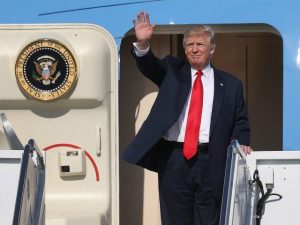 Have you seen my new page titled “Religious Laws are coming as Prophesied” yet? Perhaps you need to if you’re not aware of what’s prophesied to happen in the coming days. As I have stated for literally decades, before and after finding the truth about God’s Law wherein I finally became an obedient Christian that truly understands what it means to say Jesus is “Lord” of my life; the office of president has seen one wicked president after another all my life. If you look into a few of the presidents before you were born to see how long this was happening, it’s amazing how the timing of it all coincides with the start of the prophesied end times.

As the Lord revealed to me and many other students of prophecy over the years was that the presidents will become worse and worse to the point the American sheeple will become so fed up they will eventually demand a man in office that claims to have religious values comparable to their own. And because of the timing of it all, the values of the American people will be so corrupted that anyone that echoes their skewed vision of a Christian will be their chosen candidate and it won’t even matter what party he stands in as the people themselves will leave their present parties just to end the insanity of big government corruption. When that eventually happens, and it just did with Trump, that president will showboat as a man for the people and their churches because by then the foundation needed to enforce the mark will be well built by Rome making that so called “religious” president a major cog in the wheel that will help Rome bring about their long prophesied religious law of mandatory Sunday Sabbath.

Just 15 days ago Trump was “moved” to go ahead on his campaign promise of helping the 501c3 preachers lobby for religious law. (See a short video on that here) Bur as we saw, the pastors were still fearful (as is expected with those that have no faith) of the possibility that the Roman Catholic controlled IRS will harass them if they lobbied for those laws from their pulpits. And since they worship money as prophesied, they won’t step up until that danger is removed. And so two weeks ago Trump signed an executive order protecting those pastors from IRS harassment. (See a short video on that here) What this means is that all the preachers, pastors, ministers and priests in America can easily speak of the need for religious laws from their pulpits just as prophecy predicted they would. And now we see Trump meeting with the three most corrupt religious governments on earth. That’s right! I called them governments because all three so called religious churches he is meeting with are not only considered legit churches by the deceived souls they lead, they are also globally known to be governing bodies at the same time!

As students of the Bible and its prophetic voice we knew all along how things would speed up very near the end. And so they have in a big way. That being said, we as the long prophesied obedient bride of Christ need to share present truth with as many as the Lord will send our way each and every day. There is precious little time left and I would not want to be among that many that have buried their talents in the world they love when Jesus finally gets here to see that they have done with that which He has revealed to them.