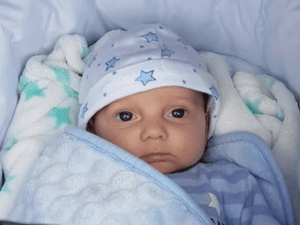 First and foremost, how does a baby “die with dignity” when that baby cannot even form a single word let alone a complete sentence? No, this insane decision to refuse the parents of this dying little boy the chance to get him to the United States is nothing more than par for the course in this end  time society wherein death is looked upon as just another way to save money. As is obvious, one of the main reasons the UK court is demanding this child to “die with dignity” is because as they admitted in writing, the parents “cannot privately pay for him to go to the United States.”

But it gets worse

For starters, no, I am not suggesting the United Kingdom reformat their governmental structure into a pandering enabler for every lazy citizen within their borders as we see happening here in the United States wherein able bodied people that refuse to work are paid by the United States government’s welfare system. And no, the welfare system is not a bad idea as we saw Joseph in Genesis was inspired by the Creator God to set up the first one. BUT he set it up for those directly affected by the soon to arrive famine. And just so you know, I do believe we need a welfare system for the sick as well as those that kind find good jobs, but in the US, if you have a pimple you can get your bills paid and that’s just plain ridiculous.

These parents have a real need for federal help on this one and not in the way of funds either as they already raised the cash needed using gofundme.com. But because we live in a society wherein the insanely rich medical system uses their billions to grease the palms of corrupt politicians so as to assure Satan gets his promised pound of flesh, killing the child is the better option for these devil worshipers. And so in America as we see in the UK, the dying god of this world manipulated the minds of his pawns into figuring out a way to kill patients to save money; and so that is what moves the powers that be to do as they do. And it was all introduced via the golden carrot of convenience dipped in political bureaucracy that makes a single aspirin go for a minimum of $15.00 a pill and $10.00 for the small plastic cup the nurse puts it in making it way too expensive in their minds to allow that baby to live in the first place. In some cases THAT is the only reason the death panel demands DEATH!

So, as we get closer to the end I am sure more insanity like this will fester up from the sewers. But can you see what I see; and was this not expected? First the powers that be gave the medical industry the legal option to give the people dangerous and deadly drugs to mask the symptoms which in turn never heals anyone but actually shortens the lives of their victims so as to make a ton of money that they and their political friends can wallow in. Next they offered a low cost way to kill their own babies thanks to massive government grants and bonuses offered to each doctor who kills the child so as to help the teenager avoid the mockery that comes from friends laughing at their stretch marks. After that became normalized for a few decades we saw the so called “care givers” allow their patients a legal way to kill themselves or their terminally ill loved ones with doctor assisted suicide so as to avoid losing a few dollars for the family in the highly inflated medical costs. And now we see yet another precious soul being slated off to the grave because money will be “wasted” if the parents try to save their baby, and worse yet the parents HAVE THE MONEY! But with a socialized health care system, the powers that be can legally prevent the parents from taking the child so as to guarantee death is the end result. And we mustn’t forget all the money made on harvesting the organs of the dead loved one.

You know what? This thought just came to mind about an article I read a few years ago wherein they asked a question or two of some college kids which surprisingly as this may seem to some of you; but many of the students said, and I quote, “children up to 4 or 5-years-old can also be killed, because they are not yet “self-aware.” Click here for that article.

With the end time mindset being geared towards anything Satan, and I say it that way because Christians know how Jesus can and does answer prayers in every situation known to man and so most that seek death could have been healed of their disease; but since Christianity is so hated today, the lies of hell is what rules the hearts of most people and so, as I see it; if the Lord tarries much longer, we will soon see children legally killed up to age of 4 or 5 because they annoy their parents. And before you start laughing about that, think on this. If someone walked up to you in the 1960’s and said teenaged girls would soon be allowed to legally kill their babies to prevent the loss of their boyfriends or even to prevent gaining weight or getting stretch marks, you would probably laugh out loud. Not so funny now though is it?