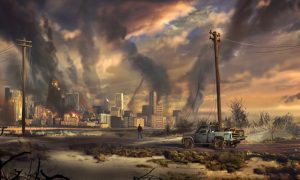 At first when I heard this I was a bit apprehensive to post it seeing how the conspiracy theorists are presently coming out of the woodwork; and rightly so since politicians from both sides of the isle are doing things illegally to try and push their own agenda, and the people are caught in the crossfire. But then I came across this video of a man, who most assuredly could be described as someone who could rightly have a dog in this fight, exposing it all as a hoax. Better yet, at the end of this very short video you hear Fox News talking about it as well.

The American people are once again being set up by the powers that be, and especially those in the media. And no I am not saying we should or even could do something about it, other than praying for you and your loved ones to be prepared. And be prepared for what? It’s obvious is it not? Literally scores of nations are reporting on riots within their borders and many those riots are legit, unlike the fabricated ones we have seen here in the USA since the WTO meetings of the 1990’s in NYC. But as we know Rome has a full plate regarding duties they must perform for their dying god so as to get ready for his appearing. As is obvious, they are not planning on letting him down.

The mark is about to be enforced and this is why we see what we see. Besides the thousands of pro-Sunday Law videos and articles I have listed on the site for many years, we see all sorts of evidence they are baiting the people to move them into a frenzy of anger to the point of killing their fellowman simply because their skin has a different shade then their neighbor. And after a few decades of this long term race baiting as we have seen especially apparent in the USA since the 1950’s, the hatred for each other is off the chart. Compile that with the violent sports, video games, movies and music and you have a perfect storm of human emotions getting ready to boil over.

Have you ever heard the prophesied term “Armageddon?” Soon Satan will stand on earth next to his loving Pope claiming to be Jesus Christ who then declares all Sabbath keeping Christians are the main reason for all the problems in the world from riots to the already off the chart natural (and man-made) disasters. And since most alive today are trusting lies over and above the truth in God’s Word; (which prophesied all this in amazing detail) one more lie will be just as easy to believe as the past million or so lies. But now that the long prophesied increased disasters are threatening their lives and financial status, and the violent sports, video games, movies and music have caused all of their blood to boil over in anger, how difficult will it be for the Pope and his dying god to convince the sheeple to target all of the peaceful God fearing obedient people of God that they claim are the cause if all this?

Yes, it will be a bit intense in the coming days, and yes some obedient Christians will be martyred. But as Jesus stated long ago in Matthew 10:28 we should “fear not them which kill the body, but are not able to kill the soul: but rather fear him which is able to destroy both soul and body in hell.”

All of it was prophesied brothers and sisters, and according to 1Corinthians 10:13, if you are an obedient Bible believing Christian who knows about the power behind the promises of your God, then none of what they threaten to do against you and your loved ones can ever be able to move you off the path that leads to New Jerusalem! Because by the time that day comes, which isn’t too far off now, if you stay in the Word and in prayer you will have a faith and courage then none of those sent by Rome that stand against you can phantom. And yes, this is why I keep saying read your Bibles each and every day and pray! For without the faith that comes from hearing the Word of God, (Romans 10:17) you will not have the power to stand firm in Jesus. And so, remain obedient. Your King is coming! Maranatha!