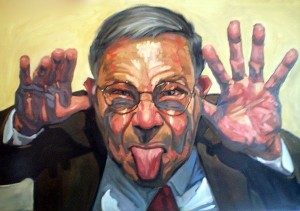 As most of us that do the work of declaring present truth know; scoffers are everywhere just as prophesied. (See 2 Peter 3:3) And so I have often been asked the question, how do I deal with such people. And especially since going online and then on YouTube wherein scoffers abound. Well the answer is quite simple. I know the Bible I hold in my hand is trustworthy as are the historical records I have compiled over the years to back the prophesied facts that have actually been validated by billions hundreds and even thousands of years ago when first penned. However, Rome now has the power to change history books as anyone 50 years or older can attest to if they have kids in school right now. One glaring example has to be what they teach in the government schools today regarding American history. It simply doesn’t match up with reality. Take the founding of America for example. When I was just 10 years old the History books I had on hand stated people came to America to escape Roman Catholic persecution wherein loved ones were tortured and killed. But history books in my high school claimed they came to America to escape high taxes.

When I started my work for the Lord 30+ years ago I was often tempted to buy a trailer to carry as many reference books with me as I could when sharing the truth on the street because most laughed when I spoke of current prophetic fulfillments. Still, whenever I did happen to have some documented facts to share with book in hand, almost 100% of the time they chose to ignore it anyway. I then figured that even if Jesus was to stand in front of some people and preach directly from His Word with perfect peace, love and clarity in His voice, many would still ignore His truth because the lies of Satan is a happy state of existence for most people. It allows them to escape the truth regarding their dangerous lifestyles. So.. I opted to just do my best, plant the seeds that I could and let the Lord do the rest. I learned early on that whenever I tried to convince hell-bent scoffers that they were in danger, it only made my life miserable by trying to help them. I eventually learned why Titus 3:10 was written; which says, “A man that is an heretick after the first and second admonition reject.”

Beating one’s head against a wall to try and reach the unreachable doesn’t do anything for the wall. However it does cause spiritual bruises and  feelings of inadequacy to grow within the heart of the true Christian who seeks to help the lost because they feel they are unable to explain the truth as good as they should. Satan is very crafty in how he attacks God’s people, and this is most assuredly one way he wins for some that ignore Titus 3:10 and keep wasting time with the scoffers instead of going forth to reach others that may listen.

Most scoffers build an impenetrable wall around themselves simply because they love the darkness Satan gives them that makes them feel peace in their sinful ways, rather than the Light of God’s truth that convicts them of their sinfulness. So, for those of you reading this; trust the Lord’s advice given through Paul that day to Titus and move on to the next soul He sends your way. Because even if you disobey here; the Lord knows you cannot be trusted to do as He needs you to do, and therefore won’t send the new soul and this will cause your work to stall and stagnate. Don’t worry about that soul you couldn’t reach. You did your duty, you planted a seed and so keep them in prayer. Soon the Lord will send another obedient child of God to share more truth with them and who knows, they may finally understand the truth as you see it when the Lord gives increase unto the seed you planted that day.