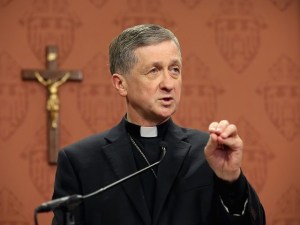 The “American Dream?” He actually said that as a rebuke to what Bannon said? That statement alone proves Bannon was 100% correct! This Bishop claims the Church’s activities regarding how they help immigrants and many of them are in fact illegal immigrants, is not about the financial benefits. If that’s so, why mention the “American dream” which is all about becoming financially successful to the point their donations to the Catholic church will indeed go up?

Besides the fact we once again see a Roman Catholic politician butting heads with a Vatican prelate, the basic reality here is that the Vatican has been instrumental for literally decades in helping Roman Catholic illegal immigrants find a place to live in America legally or even illegally. The other toss of the coin on this, which is beside the fact that yes, more Catholics mean more money for each church; I mean that’s just first grade mathematics. But the other side of the coin here is power. Yes, the Vatican needs that money those Catholics bring in so as to assure the means to pay for the politicians that grant them their power. While at the same time, we know for a fact every immigrant they set up is one that will most assuredly vote in ways the church that helped them find a place to live in America demands of them. The money they bring in, the votes they cast, all of it has to do with what the Church of Rome has been working towards for centuries and it is also what they have been stating in writing for nearly a century regarding their plans to make America Roman Catholic.

And for those that think I am talking out of my tinfoil hat on this; notice their well-documented words forever etched in writing so as to both expose them for who they were prophesied to be as well as confirm the prophecy regarding the end time plans of the man of sin in Rome.