What kind of Videos do you want to see? 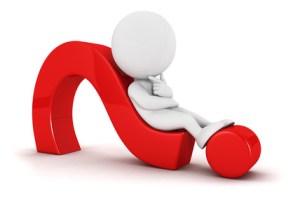 As I was looking through all sorts of articles this morning that are filled with the same old craziness regarding the times we live in, a thought crossed my mind in regards to the videos I do every week. Sure, every now and again something happens in the News that can in fact help to warn the people closest to us about the importance of getting ready for the Lord’s return; but in the meantime what I mostly see is a repetitive conglomeration of the same old sinful insanity that in and of itself declares we are indeed in the very last days. But making videos about the same old thing over and over again won’t help spread the truth.

Many today are easily bored no matter how important it may be for them to hear the truth we have to share. The fact the overwhelming majority can’t see any farther than the cellphone in their hand proves Satan has most people distracted and so we the obedient remnant of God need ways to reach them that will make them stop, look and contemplate reality if only for a moment.

With that said, I am asking all of you that read the blog or watch the videos I post on my youtube page to please help me in this endeavor of proclaiming present truth far and wide. What do you think will help the people walking about in a haze of cellular fixation reach a viable moment of clarity wherein we may have a spiritual foot in the door if only to be able to drop a single seed of truth into the soil of their hearts? What types of short videos do you think will reach the people? We see all sorts of vine type videos that catch people’s attention, but those mostly uplift even more sinfulness.

Yes, I know the tracts we pass out, the websites we have made and the small cards are very effective, and so please don’t stop doing that by any means. But as we all know the attention span of the masses walking in a hell inspired haze has shifted from reading for the most part and so many of them won’t even want to hear what we have to say unless we put it in video format. In fact, lately more than a few brothers and sisters in the faith have been placing the SDR videos on DVD’s in the hands of people all over the world and some have been mailing them out to random addresses with some blessed results. But they also need new ideas to post on video to keep the truth out there. And so, what types of videos do you feel will help the people of today’s world finally realize the end of all things is near and they need to get prepared for the coming of the Lord? Please share your thoughts in the comment section of this blog or on my youtube page when you can.