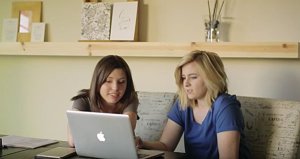 Some Americans may be a bit confused as to why homosexuals keep going after cake decorators in regards to why they hate their Christian faith so much; yes, we know all about their long prophesied agenda and how they lied constantly in their “coming out” days when they kept begging Christians to be more tolerant, but then as soon as the wolves claiming to be Christian pastors did just that the homosexuals became the least tolerant of any group in American history towards Christians. And so it has become obvious to some as to why Satan is using his obedient flock to push on this hatred towards Christians.

But besides the obvious reasons for him to do so, the enemy of souls also hopes to tarnish the image of the Creator of mankind by making His created beings appear perverse and sinful by simple demon possession of same. And so some will ask why is this happening? Sure, we all get how the devil hates Christians, but why the political push against them and their Biblical values?

For students of prophecy, this is something we have been warning about for decades This political push against Christian values has to do with Satan’s final plans for enforcing the mark of the beast of which cannot be done with the current US Constitution. That first amendment has to be trashed or at the very least rewritten and so this is why those that follow after the dying god of the Vatican do as they do, which by the way is also the largest known homosexual run organization on the planet.

And for those that don’t believe the US Constitution isn’t the target; do you recall how the Vatican was instrumental in getting so many Constitutions changed in those countries in bed with Rome over the last few decades? And if that’s not enough to snap you out of it, check out this growing compilation of articles confirming as prophesied that the United States Constitution will soon be trashed and rewritten so as to allow the man of sin in Rome absolute control over America as well. Compile this attack on the first amendment with the ongoing attack on the second and you have the perfect storm that is needed to push current talking points into actual prophetic fulfillment regarding the soon change to the US Constitution.

And by the way, the judge said, “a vendor can choose the product he sells, but not the customers he serves.” And so just change your product to a simple list of certain phrases you will place on cakes and then they won’t be able to force any Christian into offering a product they don’t have.