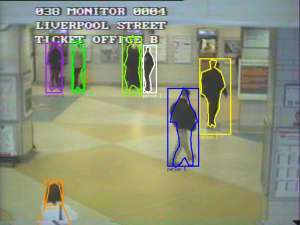 (This blog entry is on video)
Ever wonder why Facebook with its massively expensive server farms never charges you a dime to use them? Ever wonder why all your personal info is vacuumed by Facebook and other social media outlets as well as the banks’ new and improved credit cards and the government’s Real ID cards? Have you ever wondered why every single product bought and sold all over the world must have a UPC label on it that is based on 666? Have you ever wondered why we see digital money being pushed into society left and right so as to bring about what they claim is a better financial structure for mankind in what students of prophecy refer to as a cashless society? Or how about the idiocy of the TSA and how they that can’t stop any terrorist from getting on a plane if they really wanted to.

You know.. that kind of makes one wonder if those missing airplanes with hundreds of people in them weren’t actually hijacked wherein the government forced a false narrative into the media so as to prevent TSA from coming off as nothing more than a Nazi inspired way of checking your papers?

Or what about the many false flag attacks where the government is literally killing their own citizens so as to generate enough fear to make it easier to pass  laws that remove basic freedoms which then grant them a way to better corral the people. Those with eyes that see know what’s actually happening here. Sure, the powers that be claim all this invasion of privacy is to help protect us from terrorists. Yet whenever a visiting dignitary from the USA visits a war torn region infested with terrorists they never seem to get so much as a mosquito bite while visiting there? How’s that even possible? And think about this little tidbit of reality. If the powers that be really cared about protecting their citizens, why all the false flag attacks? Why all the poisonous additives in the food? Why all the recently outed chemtrailswafting down on all of us? Why all the wars and rumors of wars? Why all the vaccines that have been proven to be crippling and killing people to cultivate customers? And why all the open borders wherein drugs can be funneled in that kill millions of people every year? Worse yet, why is the AMA allowed to keep pushing drugs everyone knows is killing people legally? Not to mention abortion and doctor assisted suicide. Truth is, they actually could care less about you. So much so they never even bothered to demolish the Georgia Guidestones placed there by a Roman Catholic elitist who wants to actually kill billions so as to turn the survivors into slaves of the elite. One would think those stones would have been big news if not at the very least destroyed by now.

And so no, they aren’t tracking each and every citizen to stop terrorism. And they don’t track you online so as to better spam you with products they want to sell you. That’s just how their dying god was able to convince them to set up a system he can use in the days ahead. He just dangles a golden carrot in front of people wherein they can make money and they chomp on it like their lives depend on it. Truth is, Beelzebub simply wants everyone to die. And for those that don’t die before the plagues hit, there is a very simple reason for all this tracking. And what I am about to say may be a bit of a shocker for some people and especially those that don’t believe in Christian prophecy, which by the way has had every single prophecy that was supposed to be fulfilled by this time in history well documented as fulfilled to the letter. If you don’t believe me, just download my free book People Get Ready and read it.

They are tracking people in every nation on planet earth simply because whether you believe it or not, it’s the end times. And the prophecy about the mark of the beast is REAL! And so I say to all those that are laughing out loud right now; sooner or later you have to come to realize that the end times would have eventually come to fruition since obedient Christians have never changed their message on it for 2000 years. And if you still don’t believe prophecy, then why would Rome try to kill off those Christians who exposed them and their plans? Wouldn’t that prove even in an Atheistic heart that those Christians must have been on to something.

And so in these last days you have to at least contemplate that sooner or later that mark will be enforced. And now that billions around the world have offered up all their private info on social media, every dollar they possess can be traced digitally, and every comfort of life; be it the electricity you purchase each month to the cash you have in your checking account, all of it can be shut down with the flick of a switch. And the split second you go to get some gas for your car, or medicine for a sick child, your “new and improved” credit card will not only prevent you from buying and selling anything, it will broadcast your personal location to every enraged police officer in the city who was told that YOU the obedient Christian are a threat to society in that you refused to agree with the Roman mandate of Sunday laws that they claim will stop all the calamites on earth once every soul on earth agrees with the Pope to worship his fake Jesus on his admitted fake Sabbath. But because most people trust the wolves on their pulpits over the God of the bible, they are totally unaware of what time it really is. As sheeple they are being corralled right before our very eyes and yes, THAT TOO was prophesied! (See Revelation 13:3)