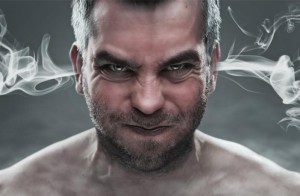 Have you noticed how political leaders have become far worse than most ever thought possible when it comes to hatred for their opponents? Have you also noticed how many road rage incidents have been recorded lately? And some ended in murder? Have you also noticed how some teachers are attacking children to the point some are being arrested for assault? Or what of the students themselves wherein bullying has become far worse than it was in my day and now some of the kids shoot up the schools? Or what about how husbands and wives have become so angry at each other that in many cases we hear about murder suicide crimes and the divorce rate has gotten much worse? And  yes even some leaders in the church have become exceptionally angry towards anyone in their flock or outside their church that out of love for them points them to a Bible verse that says the opposite of what their sermons say? It’s pretty bad out there don’t you think?

Now for those of us that have been around for a few decades, do you recall in the 1950’s and 60’s how preachers were warning people about adverse effects upon the morals of our young people that listen to Rock music? Or what about not too long after that more preachers said the violent TV shows and movies were going to destroy society? And then, a little later on the preachers came forward to protest blood sports where men and women beat each other bloody in cage matches and some die in the ring? Not too long after that the preachers warned that the graphically violent videos games would plant demonic seeds of hatred and violence into the minds of our children? And all along these preachers from every generation have stated boldly and still do regarding how porn would cause Christian morals to disappear in this Christian nation. And have you also noticed how every preacher in every generation was completely ignored? Yes, I am sure everyone alive knows exactly what I’m talking about here. And so we know firsthand why we are where we are right now in society.

But why is this all happening? Why did the Lord send those preachers to warn the people? And why were they mostly ignored? It has to do with two simple prophecies.

#1, Amos 8:11-12  Behold, the days come, saith the Lord GOD, that I will send a famine in the land, not a famine of bread, nor a thirst for water, but of hearing the words of the LORD:  12,  And they shall wander from sea to sea, and from the north even to the east, they shall run to and fro to seek the word of the LORD, and shall not find it.

#2, Revelation 16:16  And he gathered them together into a place called in the Hebrew tongue Armageddon.

Now think about this. Have you ever been in the military? Or do you know of someone who was? If so, then you know all about how soldiers are trained to kill. If you’re a Christian, and especially one that studies prophecy, then you know all about what’s prophesied to happen at Armageddon. And as students of the Bible we all know about the calling to be soldiers for Christ. Well, Satan also has his army and so in order for Satan to have his troops ready to kill the obedient people of God he needs to ready his troops doesn’t he? And that’s where the prophecy of Amos comes in. For literally decades Christians from all walks of life have not only stopped reading Bibles, they have come to a place wherein they trust their apostate leaders to preach unto them smooth things to calm their fears so that when the plagues finally do begin, some of them will be so fearful realizing they were lied to that they will seek to understand the Word of God in the hopes of gaining salvation, which by this time is impossible as per the prophecy of Revelation 22:11 coming to fruition.

By this time their faith has been so corrupted and their minds so fevered by all the violent music, movies, sports, video games and porn that Satan can and will easily move them to think it is right to pick up arms and surround the people of God to kill them. And it is then, that plague seven will strike and all of them will die and remain dead all over this planet for 1000 yearsawaiting their final judgment of damnation. It is during this time that Satan wanders among their dead bodies contemplating his long prophesied demise just as Revelation 20:3 declared he would.

The anger, the hate, the love of many waxing cold, the wars and rumors of wars, the natural and man-made disasters; all of it declares Satan’s troops are just about ready to do as prophecy declared they would do long ago. And I praise God that this means the obedient Christians who are soon to stand in that long prophesied number are soon to be ready to do as they are prophesied to do when that time finally comes upon us. It is now up to you as to whose camp you will choose to stand in. The one that guarantees eternal death, or the one that promises eternal life.