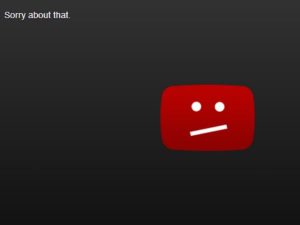 “YouTube’s algorithms, which are used to censor and demonetize videos on the platform, are killing its creators, according to a report. …In a statement, a YouTube spokesman attempted to defend the platform against criticism of increased demonetization. “Back in March we rolled out new controls for advertisers to help them better choose where their ads are placed, and we rely on machine learning to evaluate the millions of videos on our platform to implement those choices,” claimed the spokesman. “But no system is perfect, so we encourage creators to appeal for a human review when they feel we got it wrong, and every appeal helps our advertising systems get smarter over time.” –Source

Now that would be all well and good if in fact they were being honest with the press. But as we know, YouTube is owned by Google and Google is very much in bed with Rome, (their logo confirms that hands down) and we also know, and in my case firsthand no less, that Google likes to censor Christians and especially those Christians that share the Biblical facts most all the other churches refuse to share knowing it will upset their status quo.   END_OF_DOCUMENT_TOKEN_TO_BE_REPLACED 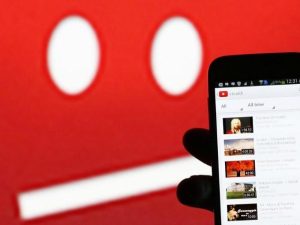 You do realize what YouTube is saying here right? They are boldly declaring that if you’re a Christian, and when I say Christian I mean Bible believing obedient child of God who will not declare Allah is God, homosexual marriage is ok or the Vatican is a Christian organization. That type of Christian will be censored on YouTube. But the truth is, they have already been censoring Christians for years. Ever notice how the amount of hits on my videos have gone down lately? Now I know 8500+ subscribers isn’t a lot, but as is also obvious, it’s not as often as it should be that we see over 1000 hits per video even though when I had next to no subscribers the hits were off the chart. Plus, when they censor the hits, they’re also preventing subscribers. And I am not going to buy subscribers as some have been caught doing in the past.   END_OF_DOCUMENT_TOKEN_TO_BE_REPLACED 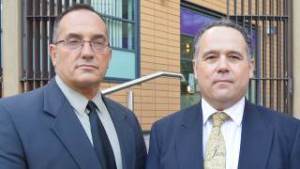 Still think I’m crazy because I stated for the last few decades that free speech will be removed from Christians and the Bible will become not only hate speech, but illegal to quote in public? In this case it’s all about not reciting Bible verses that declare other faiths or other gods to be unwise, not to mention Islam or homosexuality. And any student of prophecy can tell you right off who is behind that religio/political act of protecting the false gods of this world can we not?   END_OF_DOCUMENT_TOKEN_TO_BE_REPLACED

The company maintains at least nine different blacklists that impact our lives, generally without input or authority from any outside advisory group, industry association or government agency. Google is not the only company suppressing content on the internet. Reddit has frequently been accused of banning postings on specific topics, and a recent report suggests that Facebook has been deleting conservative news stories from its newsfeed, a practice that might have a significant effect on public opinion – even on voting. Google, though, is currently the biggest bully on the block.  Continue reading…