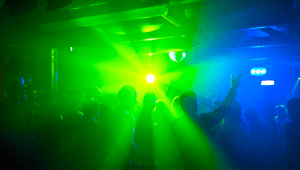 AUSTIN, TX—After a 12-hour, drug-fueled night of club hopping, local party girl Jenny Wilson suddenly came down off her high to realize she was just in the middle of a local church’s worship set Sunday morning.

According to sources, at around 8 a.m. Wilson had told an Uber driver to take her to The Gathering, a dance club downtown—but the driver instead dropped her off at a church with the same name, which was just beginning its early service. As Wilson saw the fog billowing out of the sanctuary and the laser lights dancing around the room, she figured she was in the right place and began getting her dance on. END_OF_DOCUMENT_TOKEN_TO_BE_REPLACED