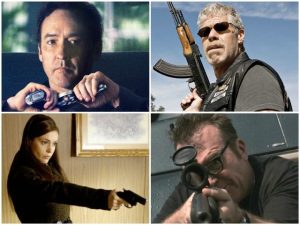 As expected and like I said on Monday in the newest video I maderegarding how I couldn’t find a single article worth commenting on in the News that wasn’t all about the Vegas shooting; today three days later it’s no different. Even though precious souls were lost and hundreds were wounded, the mainstream News is still milking that ratings cash cow for all its worth and the Hollywood actors, who anyone with common sense knows are literally bought and paid for professional liars, are now chiming in to do all they can to make things much worse for the common man by demanding stiffer gun control laws everyone in Chicago, which has the most stringent gun laws in the nation knows it’s all a farce. And no, I am not being sarcastic when I say Hollywood actors are professional liars. That is the truest definition of a Hollywood actor known to exist. Seriously, everyone knows Sylvester Stallone isn’t a green beret type drifter who shoots up bad cops in every small town he drifts into each weekend, and Arnold Schwarzenegger is not actually a robot wrapped in human flesh from the future.   END_OF_DOCUMENT_TOKEN_TO_BE_REPLACED 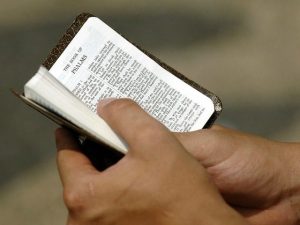 Do you see what I see? Now that most “pastors” preach prosperity messages in where the god of choice happens as much cold hard cash as you can cram into your pocket instead of a generous helping of the Holy Spirit, the people in this Baptist church actually killed a man simply because he was robbing them of their precious money. Now I am sure the nay sayers will shout, would you rather he go ballistic and unload his gun on the church members? My response who have to be, are you a Christian? Do you not pray for a hedge of angels about you? And, what’s more important? Sharing your faith with someone in an obviously tumultuous life to the point he goes into a church to rob people?  END_OF_DOCUMENT_TOKEN_TO_BE_REPLACED

America is in a national arms race with itself, with May 2016 the 13th month in a row to break guns sale records, according to FBI statistics.