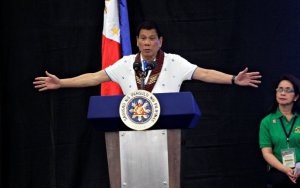 Since Duterte came took office in June, more than 3,600 people have died in drug-related deaths. Despite a steadily rising bodycount, Duterte managed to achieve a 76% satisfaction rating in a survey released last week.   END_OF_DOCUMENT_TOKEN_TO_BE_REPLACED