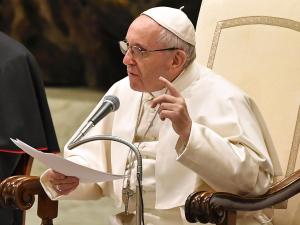 First off this Jesuit Pope aka prophesied man of sin stated that “populism is evil.” And do you know why he says that? You may be a bit shocked in this because he is banking on the “dumbing down” of the masses to slip this one by as well as having hope the elite that do understand will circle the wagons for him. But for some of you that may not know what that word “populism” means, I will define it for you.   END_OF_DOCUMENT_TOKEN_TO_BE_REPLACED