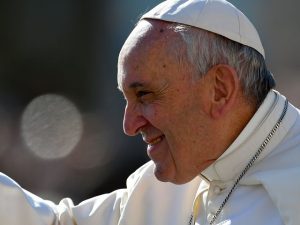 As the article eludes to; according to the Pope there are now 4 pathways to becoming a saint according to Roman dogma. And I say according to Roman dogma because anyone with a Bible can see this is not how the Lord defines a saint. As many of you know, I used to be Roman Catholic 30+ years ago and so I know exactly what they teach here when it comes to becoming a saint in Roman Catholicism. But to make a long story short, I will quote from the Vatican approved website known as the Catholic Education Resource Center, which states, “Today the process proceeds as follows: When a person dies who has “fame of sanctity” or “fame of martyrdom,” the Bishop of the Diocese usually initiates the investigation. One element is whether any special favor or miracle has been granted through this candidate saint’s intercession.”    END_OF_DOCUMENT_TOKEN_TO_BE_REPLACED