Why America’s ‘nones’ left religion behind 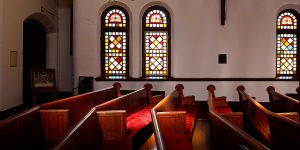 Perhaps the most striking trend in American religion in recent years has been the growing percentage of adults who do not identify with a religious group. And the vast majority of these religious “nones” (78%) say they were raised as a member of a particular religion before shedding their religious identity in adulthood.

As part of a new survey connected to our broader Religious Landscape Study, we asked these people to explain, in their own words,why they no longer identify with a religious group. This resulted in hundreds of different responses (after all, everyone’s religious experience is a bit different), but many of them shared one of a few common themes.

About half of current religious “nones” who were raised in a religion (49%) indicate that a lack of belief led them to move away from religion. This includes many respondents who mention “science” as the reason they do not believe in religious teachings, including one who said “I’m a scientist now, and I don’t believe in miracles.” Others reference “common sense,” “logic” or a “lack of evidence” – or simply say they do not believe in God.

But there are other reasons people give for leaving behind their childhood religion. One-in-five express an opposition to organized religion in general. This share includes some who do not like the hierarchical nature of religious groups, several people who think religion is too much like a business and others who mention clergy sexual abuse scandals as reasons for their stance.

One-in-ten religious “nones” who say they were raised with a religious affiliation are now classified as “inactive” religiously. These people may hold certain religious beliefs, but they are not currently taking part in religious practices. And most of them simply say they don’t go to church or engage in other religious rituals, while others say they are too busy for religion.

Religious “nones” are by no means monolithic. They can be broken down into three broad subgroups: self-identified atheists, those who call themselves agnostic and people who describe their religion as “nothing in particular.” Given these different outlooks, it is not surprising that there are major gaps among these three groups when it comes to why they left their childhood religion behind. An overwhelming majority of atheists who were raised in a religion (82%) say they simply do not believe, but this is true of a smaller share of agnostics (63%) and only 37% of those in the “nothing in particular” category.

In fact, while this latter group certainly includes many nonbelievers, it also has substantial shares of people who, alternatively, are opposed to organized religion (22%) or who could be described as religiously unsure or undecided (22%). And more than one-in-ten people with the “nothing in particular” label (14%) say they are either non-practicing or too busy to engage in religious practices, compared with zero atheists in the survey and only 3% of agnostics.