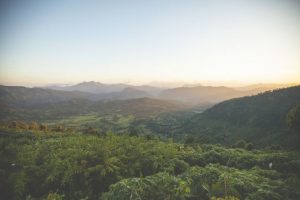 On Thursday Pope Francis yet again showed his knack for surprises and his openness to “newness” by adding the care of creation to the traditional sets of both the corporal and spiritual works of mercy.

“We usually think of the works of mercy individually and in relation to a specific initiative: hospitals for the sick, soup kitchens for the hungry, shelters for the homeless, schools for those to be educated, the confessional and spiritual direction for those needing counsel and forgiveness.”

However, when we look at the works of mercy as a whole, “we see that the object of mercy is human life itself and everything it embraces,” the Pope said in his message for the World Day of Prayer for the Care of Creation, published Sept. 1.

Since human life itself and all that it entails naturally includes caring for creation, Francis proposed “a complement” to the two traditional sets of seven corporal and spiritual works of mercy.

“May the works of mercy also include care for our common home,” he said, explaining that as a spiritual work of mercy, care for creation “calls for a grateful contemplation of God’s world which allows us to discover in each thing a teaching which God wishes to hand on to us.”

As a corporal work of mercy, he said, it “requires simple daily gestures which break with the logic of violence, exploitation and selfishness and makes itself felt in every action that seeks to build a better world.”

Instituted by Pope Francis in 2015 shortly after the release of his environmental encyclical “Laudato Si,” the World Day of Prayer for the Care of Creation takes place each year on Sept. 1.

Francis’ decision to implement the event is in keeping with themes expressed in the encyclical, and is also seen as a sign of unity with the Orthodox Church, which established September 1 as a day to celebrate creation in 1989.

The seven traditional corporal works of mercy include concrete acts of charity such as feeding the hungry; giving drink to the thirsty; clothing the naked; sheltering the homeless; visiting the imprisoned; visiting the sick and burying the dead.

The spiritual works, on the other hand, entail actions like instructing the ignorant; counseling the doubtful; admonishing the sinner; bearing wrongs patiently; forgiving offenses willingly; comforting the sorrowful and praying for the living and the dead.

Caring for creation, then, marks a new opportunity not only to get a green thumb, but to practice mercy while doing so.

At a Sept. 1 news conference announcing Pope Francis’ message for the 2016 event, Cardinal Peter Turkson, President of the Pontifical Council for Justice and Peace and president-elect for the newly established dicastery for Promoting Integral Human Development, said a new work of mercy dedicated to creation reflects Pope Francis’ intentions in writing Laudato Si.

After evaluating and amending our own lives in terms of how we personally care for creation, “Pope Francis is calling us toward a new work of mercy.”

“Nothing unites us to God more than an act of mercy, for it is by mercy that the Lord forgives our sins and gives us the grace to practice acts of mercy in his name,” the cardinal said, quoting the Pope’s environmental encyclical.

“This is really the final step of ecological conversion, a true internalization of an ecological sensibility,” he said, echoing Pope Francis’ own words that that caring for creation is truly a “complement (to) both the spiritual and corporal works of mercy.”

Francis’ message “is the next logical step” after writing Laudato Si, Cardinal Turkson said, because “it is showing us how to internalize its teaching in our lives and in our world.”

The Pope, he said, “is asking us to live Laudato Si. Are we ready to respond to the Holy Father’s invitation – and challenge?”

In comments to journalists, Terence Ward, author of the book “The Guardian of Mercy” on famous Renaissance painter Michelangelo Merisi da Caravaggio’s work “The Seven Works of Mercy,” and who was also present at the Sept. 1 news conference, said the new work of mercy is meant to be a concrete action that “helps you change your way of thinking.”

“It’s not about changing the world tomorrow, it’s about changing ourselves and how we look at the world,” he said, explaining that for Pope Francis, care for creation is “it’s an overarching work of mercy from which all others follow.”

To give tainted water or food to the hungry and thirsty “doesn’t make sense,” nor does sheltering someone in a house about to fall apart, he said, noting that the Pope is inviting us to reflect on the new work and how it can be put to action in our daily lives.

In his message, titled “Show Mercy to our Common Home” and which is divided into 6 points, Pope Francis noted the frequent remarks of Patriarch Bartholomew I of Constantinople on the need to care for our common home, drawing attention “to the moral and spiritual crisis at the root of environmental problems.”

Quoting his encyclical Laudato Si, Francis cautioned that “God gave us a bountiful garden, but we have turned it into a polluted wasteland of debris, desolation and filth.”

“We must not be indifferent or resigned to the loss of biodiversity and the destruction of ecosystems, often caused by our irresponsible and selfish behavior,” he said, adding that “2015 was the warmest year on record, and 2016 will likely be warmer still.”

Mankind is called to “till and keep” the earth in “a balanced and respectful way,” he said, noting that “to till too much, to keep too little, is to sin.”

He encouraged Christians to make an examination of conscience, evaluating the ways in they have contributed to “the disfigurement and destruction of creation,” given that “we all generate small ecological damage.”

After doing a sincere examination of conscience, “we can confess our sins against the Creator, against creation, and against our brothers and sisters,” he said, explaining that we confess sins against the environment because “we are penitent and desire to change.”

The grace received from confession must then be put into action with concrete ways of thinking and acting that are more respectful of creation, he said, suggesting the reduction of water use, recycling, carpooling, turning off unused lights and limiting the amount of food cooked to only what will be consumed as ideas to start with.

Care of creation should also contribute “to shaping the culture and society in which we live,” Pope Francis said, adding that economics, politics, society and culture “cannot be dominated by thinking only of the short-term and immediate financial or electoral gains.”

“Instead, they urgently need to be redirected to the common good, which includes sustainability and care for creation.”

Francis concluded his message by stressing that despite our faults and the daunting challenges posed by caring for the environment, “we never lose heart.”

The Creator, he said, “does not abandon us; he never forsakes his loving plan or repents of having created us…for he has united himself definitively to our earth, and his love constantly impels us to find new ways forward.”