Can a Baptist be a Catholic? 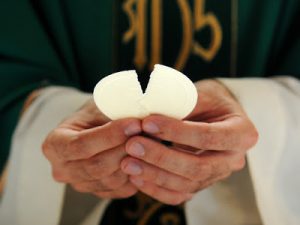 A cadre of Baptist scholars has been writing about emerging catholicity, the holy desire for unity among all ecclesial communions. Taking tradition more seriously as a source for theological construction, these Baptists urge usage of the ancient creeds of the apostolic heritage of the whole church to supplement their reading of Scripture. A leading theologian in the movement, Steven Harmon, contends, “Baptists have their own distinctive ecclesial gifts to offer the church catholic, without which even the churches currently in communion with the bishop of Rome are something less than fully catholic themselves.”

As a staunch Baptist I, too, long for catholicity. In many respects the future of Christianity depends upon a greater ecumenicity. Regular prayer with Benedictines has kindled a burning desire in me for Christ’s church to be one. When worshiping with these Christian brothers and sisters, I feel acutely the separation when the Eucharist is celebrated. While I understand the linkage of the meal to the larger sacramental system of the Roman Catholic Church, it reminds me that the unity for which Jesus prayed in John 17 is not yet realized. My spiritual friend, Abbot Gregory of Conception Abbey (a nearby monastery), shares this longing “that they might be one.”

Over the weekend I learned that he been elected the abbot primate for the Benedictines. He will represent this confederation in the Vatican as well as foster cooperation between their monasteries. He will be moving to Rome, and our school will miss a loving friend who has shown such hospitality to our faculty and students.

Abbot Gregory’s time of service at Conception Abbey, 20 years, roughly parallels my time of taking students there for spiritual formation retreats and immersion courses. In the midst of the many demands of his office, he always found time to meet with our groups and express his personal welcome. Often, he simply invited students to pose their questions of life as a Benedictine monk, and they have come up with some doozies! He always responded with patience and good humor. I do believe this shared time has been in the direction of catholicity.

I feel a special loss in his departure, for we have become trusted friends. I remember when he was elected Abbot in 1996; there was a joyous eruption at the Abbey as this “youngish” monk became their spiritual leader. He had already served in a variety of roles in their school and community and thus was well prepared to “represent Christ,” as the Rule of St. Benedict instructs.

When I was elected president in November of 2004, I made a brief pilgrimage to the abbey to speak with him about my new position of leadership. I asked him what he prayed for each morning. His answer has been a guiding light for me. He said, “I pray for three things: wisdom, compassion, and patience.” Wisdom is essential; for no one is equal to the responsibility without wisdom from above. Compassion is indispensable; for one works with other flawed humans. Patience is crucial; for change always takes longer than the leader may think.

Many remember the abbot for his exceptional leadership during the shooting at the abbey in the summer of 2002. A man upset about his divorce went on a rampage at the abbey, killing two monks and seriously wounding two more. Steady during this trauma, the abbot led his community to forgiveness and greater spiritual health.

One incident in particular comes to mind. When it was time to transport the bodies of the monks and the shooter, who had killed himself in the basilica, the trooper asked whether or not the deceased should travel in the same vehicle, the abbot simply responded, “Why not? They are all children of God.” Years spent praying the Psalter had so formed his mind and heart that he could not respond any other way. This is the kind of Christian I aspire to be.

Can a Baptist be Catholic? Probably not in the sense that one can be in full communion with the Roman Catholic Church as presently ordered and remain a Baptist; however, Baptists can surely affirm their catholicity in drawing from the same well of apostolic Christian heritage and sustaining “trinitarian faith, the function of tradition in patterns of authority, the place of baptism in the Christian life and the life of the church, eucharistic theology and practice, and congregational oversight as a pattern of church order,” according to Harmon in his fine text Baptist Identity and the Ecumenical Future. This kind of catholicity is worthy of pursuit.

Benedictine tradition and spirituality has nurtured my faith, and I hold my Baptist identity of dissent more lightly when encountering this venerable expression of Christ’s Body. We have distinctive charisms, which I believe need each other.