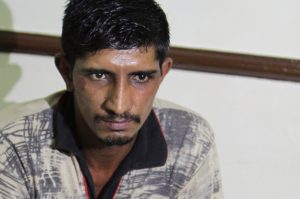 Rajhu discovered that his sister had defied the family and married the Christian. For six days he paced. His rage grew. How could she? He watched her laughing on the phone, ignoring their mother’s pleas to leave the man. On the seventh day, he retrieved the pistol from where he had hidden it and walked up to his sister. With one bullet to the head, he killed her. For generations now in Pakistan, they’ve called it “honor” killing, carried out in the name of a family’s reputation.” –Source

Again? I just posted an article on Monday of this week of a father killing his daughter in a s called honor killing. This is happening so often now that I just have to ask why does Seventh Day Adventist Pastor Dwight Nelson declare on 3ABN Television that Allah is the same God as the Christian God and the Koran, which we now know was written by the Vatican is as holy as the Christian Bible? And why did 3ABN contact me asking me to remove the video I made about this instead of doing the right thing by rebuking Pastor Nelson of the Pioneer Memorial SDA church literally located in Andrews University in Berrien Springs Michigan who preached this demonic sermon in a General Conference church? And why hasn’t the General Conference of the Seventh Day Adventist church ever publicly rebuked Nelson for declaring the Christian God of love is now to be considered the same Muslim god of hate that demands its followers to kill Christians to the tune of one dead every 2 minutes, nor did they ever demand 3ABN television post a video wherein they retract all that Nelson said? Worse yet, after doing a little digging I found that another SDA pastor proclaimed Allah to be the Christian God a year earlier. I did a video on this man (John Carter) as well.

I also need to ask why all the other churches of the world who claim to be Protestant have also declared Allah is the Christian God all over the websites, TV broadcasts, tracts and books the world over? It has to do with who started to preach this lie first. You guessed it, it was the Roman Catholic church! See my “Pope and Islam” page for a literal mountain of evidence that continues to grow on a regular basis.

The fact the Muslims are using the exact same methods to kill Christians as did the Popes during the Inquisition confirms by their fruits that they are very loyal to Rome even if they don’t realize it lower within the ranks. But the photo of Yasser Arafat kissing the Papal ring confirmed the past leader of Islam knew all too well about their historic loyalty to the Popes of Rome. Not long after Arafat was poisoned for reasons most of us won’t know until it’s shouted from the rooftops. And for those of you that are confused by all this talk of Islam/Vatican loyalties. Check out the pics if have of Muslim soldiers saluting the Popes of Rome using the ancient Roman salute as well as the 666 hand sign of one 4 year old child who murdered some of his parent’s enemies by blowing them up in an SUV while praising the god of Islam that the SDA church in unison with Rome declares to be the Christian God!

So why does the SDA church, all Protestant churches and the church of Rome declare the anti-Christian Muslim god to be the Christian God even though we see articles like this wherein men actually kill their sisters and daughters for marrying Christian men? It’s because as prophesied, Rome has control over all the churches of the world. Well, at least those that bow to the Pope as their official leader in the World Council of Churches, which even though many SDA leaders claim they have no association with, actually have joined with Rome on paper for all to see. Click here for a growing stack of evidence confirming the SDA church is an official member of the Vatican’s World Council of Churches.

Seeing how Rome will use Islam to kill Christians in the same way they used Hitler, all those that have signed on to help Rome do this as well as create an image of Rome in loyalty as prophecy also predicted, they will proclaim Allah is god because the dying god of Rome demands it! And so this is why the new religion of “Chrislam” has been formed and all SDA, Protestant, and Catholic leaders promote it so as to assure Armageddon has the army it needs to surround those that still stand obedient to the true and ever living God of the Bible and declare the loud cry. So be it.. we will run forward towards this Goliath just as did David and declare MARANATHA!