Religion drives skepticism about evolution, but not climate change 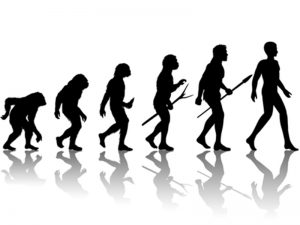 (RNS) While rejection of evolution is strongly associated with Americans’ religiosity, the same is not true of climate change.

That’s the conclusion of a new study that sought to test popular assumptions about the link between religion and anti-science attitudes, and determine whether that link holds true for people’s views on both evolution and climate change.

The exception to this finding is evangelical Protestants.In a recent edition of the journal Environment and Behavior, Rice University sociologist Elaine Howard Ecklund and her colleagues write that while religious views drive Americans’ rejection of evolution, skepticism about climate change is more a function of political views and lack of confidence in the work of scientists.

“(I)f we compare two politically conservative individuals, one of whom holds a creationist view and the other who does not, there is no reason to predict that the former would be more likely to be a climate change skeptic, unless the individual is an Evangelical Protestant,” the study concludes.

Overall, 20 percent of the U.S. population is skeptical that climate change is occurring or that humans have a role in it. That compares to the 45 percent of Americans who consider evolution probably or definitely false, according to the study.

The researchers rely on a national survey of more than 9,500 Americans that asked about their religion, the frequency with which they attend religious services, their views of evolution and climate change, and their political and other beliefs.