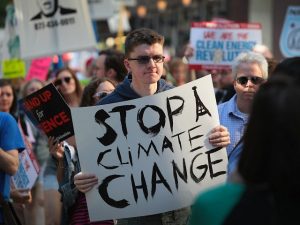 As we know, Trump caved on the climate change fiasco after he appointed his daughter to head up the White House climate change work for the Pope. Plus, we have Trump’s own words that his decision to pull out of the Paris accord had nothing to do with the fate of the planet as the Pope’s fear-mongers suggest. In days gone by he was very vocal declaring global warming a lie. Which 31,487 Scientists have stated in writing is bad science and a bold faced lie. But when pressured about it after becoming president, Trump reiterated about how the United States government has all along been a trailblazer in taking measures to slow global warming by its many very expensive (to US business men) government regulations. He even stated we are the cleanest nation on earth when it comes to governmental efforts in this issue.

But the real clincher is in how he walked away from the Paris accord that most everyone missed, or purposely ignore for political reasons. He stated, and I quote, “The United States will withdraw from the Paris Climate Accord, but begin negotiations to reenter either the Paris Accord or an entirely new transaction for terms that are fair to the United States, its businesses, its workers, its people, its taxpayers. So we’re getting out, but we will start to negotiate and we will see if we can make a deal that’s fair. And if we can, that’s great, and if we can’t that’s fine.” (See the video here) In other words, he no longer claims the Vatican’s climate agenda is a farce. He just admitted on camera before the nation that he is right now negotiating a deal to reenter the Paris accord.

Their long prophesied fallen church is part of the problem now and has been for decades. As many that have left the SDA church know, your pastors and General Conference leaders right up to you your “presidents” have been lying for years about being a card carrying PAID member of the Vatican’s World Council of churches (WCC). Students of prophecy not only knew they’re lying, we eventually dug up documented proof the SDA leaders were official members of the WCC all along. Being as such, this article now confirms they have joined their voices with the man of sin in Rome like all the other churches to proclaim a political lie that Trump pulled out of the Paris accord and therefore all hope is lost for the children of the world. Basic reality dictates that by simply reading Trump’s own speech on this wherein he says he will reenter the deal when the deal is right means the members of the WCC are lying through their teeth for political reasons.

But here’s where the bad news for the SDA people comes in even deeper. Their very own church was prophesied to be used of God to expose the Popes in Rome and so they have been echoing Spirit of Prophecy statements for decades wherein the United States government (second beast of Revelation) will eventually help the Vatican (first beast of Revelation) push an agenda wherein they can claim the increasing calamities all over the world can be stopped by simply enforcing Sunday Laws to appease an angry God. Since the SDA church (and all its members) are now official members of the Vatican’s one world church, this places them in agreement with both the second and first beasts of Revelation as well as with all the daughters of the Harlot church, and being as such they are actually helping to fund not only political attacks like this article in the global arena to push the Pope’s evil agenda, they are right now helping the Pope maintain his forward progress in bringing about the long prophesied mark of the beast! But then that was to be expected after they were one of the first to help create the image of the beast by joining their church with the state in the prophesied 501c3 contract.

If ever there was a time to “come out of her” as well as her many daughters, now has to be that time!