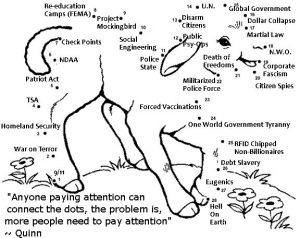 Have you ever noticed this? Whenever there’s a mass shooting, natural disaster, economic crisis or the death of some celebrity; be it legit or manufactured by the powers that be, the media is literally blanketed by it. What I mean is, as I was looking for an article to post to the blog this morning, all I see on absolutely every News source online is commentaries and videos about what happened in Las Vegas at that concert wherein so far 50 poor souls have died and upwards of 400 wounded. And don’t get me wrong, if it turns out to be legit, as I believe it is, this is a very sad day for America and all those families involved. And so pray for those families during their time of grief. And yes, I am not one to put my head in the sand and ignore the fact our Government is infamous for generating all sorts of false flag attacks. But again, this one comes off as a bit more legit in that we don’t see “actors” playing their part in HD video as we all saw in Sandy Hook and the Marathon bombing. And don’t get me started on what really happened on September 11.

But do you see what I see here?

All week long, except of course on the Vatican’s Pagan holy day of Sunday wherein most political News makers like to rest to literally worship Baal with the Popes and prelates and so not a lot of News is usually reported on that day. The rest of the week the news is just swamped with all sorts of political corruption on both sides of the isle but, every time a disaster hits, a mass shooting occurs or someone of importance dies, for some reason all the normal reports on political corruption and acts of war seem to stop dead in their tracks as the mainstream media opts rather to flood the News with all the blood and guts they can find about their new and flashy story to keep the people glued to their TV’s and cellphones. And then have you also ever noticed this? A few days later, perhaps a week or even a month or so later we find the US president, or some high ranking official in the government is somehow allowed to push through Congress a Bill that had the American people known about would have caused nationwide protests coast to coast.

And no, this is not a product of my end times biased imagination. In fact I can prove it. Notice what Hillary Clinton said not too long ago when quoting Rahm Emanuelwho may have either quoted or was echoed by Philip Mirowski in his book  titled “Never Let a Serious Crisis Go to Waste – How Neoliberalism Survived the Financial Meltdown.” Hillary stated (on camera) that when the economic crisis was looming she and her husband knew it was best at that time not to waste that crisis because it could be used to push forth Rome’s climate change agenda as well as their so called energy security plans attached to it. One can only imagine what they are doing behind closed doors right now as the media keeps the sheeple of America transfixed regarding the shooting in Vegas. But I am sure we will find out in a few days, weeks or months about some unconstitutional law was passed without so much as a peep in the well-scripted mainstream media. (try not to laugh regarding that last link. The video content is actually legit)

And for those that seem to think this is all impossible and our government hasn’t come up with a way to manipulate the press so as to keep “we the people” out of the loop on the Vatican’s long prophesied Socialistic agenda for America and then the whole world, click on the pic I posted in the blog entry. How on earth were they able to get all those unconstitutional laws passed without out any problem whatsoever when the people of this nation are supposed to chime in via our elected officials on such things?

In any event, as is painfully obvious for the lost and gleefully awaited by the obedient bride of Christ, we are in the very last days awaiting our Lord’s arrival and so that means we are also in the age of lying. And the only reason lying has become the norm today is because the dying god of this world knows his time is very short and so he is no longer worried about being outed and exposed by those with the truth because as also prophesied, the overwhelming majority of the people on this planet are in his camp headed straight to hell and very few, as in Noah’s day are prepared for what’s about to happen.