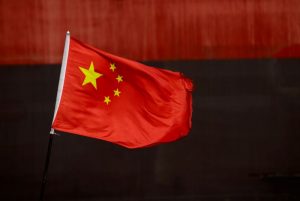 If you’re not an obedient Christian, this video will most assuredly frighten you in a big way. Reason being is, if we are the last generation that will see the mark of the beast enforced, this video shows how easily some Christians that refuse the mark will be tracked down. They tracked and captured that man in only 7 minutes in that massive city! And this isn’t even taking into consideration all the data the government has on you via your digital identity.

In that video they only used their CCTV network, but they can also use your debit, credit, ID cards and a plethora of other ways to track you as well. You know, like your new Iphone with face ID built right in. And don’t think for a minute that both cameras on your Android cell phones are just there for your pleasure. Every pic you take now is logged and even tagged with a GPS location in it. We even have technology that alerts scanning computers in shopping centers the moment you walk in via the chip transmitting from your wallet or purse. In some stores you only need to walk in, grab and item off the shelf and walk out without ever using a cash register. They just automatically remove the cash from your account.

For literally years already, the cops also have license plate readers, infra-red tech that looks through the walls of your home and don’t think for a minute those red light cameras are for tickets only. It was also recently found that every mic on every cell phone can be turned on from any location by the US government. Yes, that’s why most cellphone have unremovable batteries now. Even the facial recognition cameras in banks, malls, schools, public buildings and even those police cameras of the cop’s vest that you thought were only to protect you from angry cops will add to the means by which to track you down when you refuse the mark. And to top it all off, if you or a family member has a Facebook account, that act alone at least triples how quickly you can be tracked down and arrested.

Yes, there are other ways to track you as well. Everything from satellites to drones or even GPS devices that can now be legally placed on your cars without your knowledge. But I simply don’t have time to itemize everything they can use in today’s world. In any event, did I share all that to scare you? No, not at all because real Christians trust our God to protect us no matter where we end up. Be it in a jail cell, cave or mountain top. Real Christians have no fear because we trust Him to use us in any way He sees fit. And by the way, real Christians also have something all the lukewarm Christians, Atheists, Muslims and others never knew about because most don’t open Bibles.

Did you know that more than once Jesus disappeared in a crowd that was seeking to kill Him before the appointed time 2000 years ago? That’s right! Once in Luke 4:28-31 and another time in John 8:58-59. As we know our Lord never does anything without a reason. And since we also know He did all He did in the same flesh we have today as an example of what we too can do as long as we have faith; more than once already in the remnant church we have seen how the Lord has protected us from certain harm in the exact same way. But none of what Jesus taught or did by example, or even the promises He made in everything from protecting us to granting us discernment on where to go when running for our lives can be embraced by a single one of us unless we are first obedient to His written Word. Soon the mark of the beast will be enforced. If you are not striving unto the perfection Christ said His bride will attain to; then you will be tracked down just as easily as this reporter was in China when that day comes.