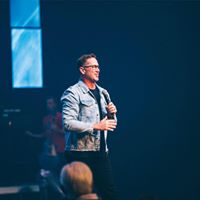 “Stovall Weems, senior pastor of the 12,000-member Celebration Church in Jacksonville, Florida, told his congregation Sunday that he met Jesus Christ in his home on Good Friday and was surprised by His personality. “I want to talk to you about the experience I had Friday night where I met and I saw our risen Savior.” –Source

Jesus said in Matthew 24:11,23-27, “And many false prophets shall rise, and shall deceive many. ..if any man shall say unto you, Lo, here is Christ, or there; believe it not.  For there shall arise false Christs, and false prophets, and shall shew great signs and wonders; insomuch that, if it were possible, they shall deceive the very elect.  Behold, I have told you before.  Wherefore if they shall say unto you, Behold, he is in the desert; go not forth: behold, he is in the secret chambers; believe it not.  For as the lightning cometh out of the east, and shineth even unto the west; so shall also the coming of the Son of man be.”

It is THAT easy to expose the false prophet that claims he just saw Jesus. Our Lord, Saviour and King Jesus predicted they would do as this false prophet in Florida just did. And to clarify for those confused by these wolves, Jesus then took the time to explain how He will return so as to leave no doubt in the mind of the babes in Christ who may be lured into heresy by these wolves in sheep’s clothing.

As is obvious in Matthew 24, Jesus said this would happen directly before He returns. He said they will say he is in the desert, like Benny Hinn said 18 years ago. Or he is in the secret chambers as this man just said on camera before his entire church. But as we know, only demons acting like Jesus will do that which the Bible says Jesus would never do.

When Jesus returns EVERY EYE shall see Him. Not just these wolves in sheep’s clothing who make these claims so as to get more donations from the people they make merchandise of. When Jesus returns no one on this entire planet will mistake or even miss His splitting that eastern sky because as He clearly said, “For as the lightning cometh out of the east, and shineth even unto the west; so shall also the coming of the Son of man be.”