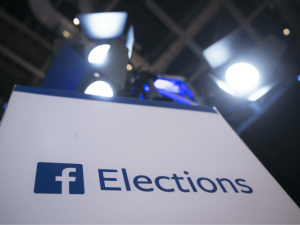 Many might not see this article about the friendship between Facebook and the US Government as a big deal. But ever since Facebook came online I have been warning people about it because of something I discovered decades ago about the governments strong desire to get the American people to offer up their private information freely. Being a student of prophecy I knew exactly what I was looking at back then and when Facebook finally came online it was like I was snapped back decades in time reading that article. Sadly, I cannot find that article so as to show everyone how this was all planed long ago. But it really isn’t needed anymore because prophecy already shows how the second beast in Revelation which is the U.S.A. will need to have such information so as to better enforce the mark of the first beast which we all know is the Roman Catholic Vatican. And now that the truth is known by most about Facebook due to recent illegal activity regarding their private information, I no longer need to find that old article. But now we see people are once again being conned into thinking all will get better when in fact nothing will change. Since the truth is out about Facebook and the theft of all that private information, the US Government has no choice but to make it look like they are going to fix this when in fact it’s all political theater designed to deceive the people into staying on Facebook. And I can prove it.

Besides the fact this article proves Facebook has been paying off the Senators that are supposedly grilling Zuckerberg, check out this video I made yesterday in the late afternoon showing Zuckerberg giving the nod to 21 senators at that so called unbiased joint session of the Senate Commerce and Judiciary Committees on Tuesday afternoon. If the fix wasn’t already in, and Zuckerberg wasn’t previously briefed on everything that will be discussed, why is Zuckerbeg giving the nod all across the room to each member he obviously made agreements with before sitting in that chair? As prophesied, this is nothing more than a corrupt government performing political theater so as to keep the people in the dark as to their soon to be realized methods of control.