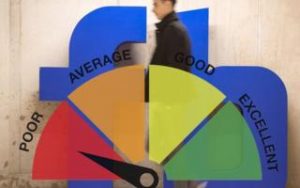 I have a video to share that we as students of prophecy have been watching for the last few years. This is one major step towards the mark of the beast and so I pray you listen closely. The Chinese government recently started a social scoring system back in April of this year that will prevent the people from buying certain things if they are found to be misbehaving in any way the government decides is inappropriate; and what sparked it has been reported in other articles that we know are regarding the prophetic reasons the Vatican’s Muslim refugees have been invading China and other nations all around the world. This so called refugee situation allows for things to escalate to the point the governments have no choice but to set things up to assure an easy way of controlling the people which in turn guarantees as way for them to enforce the mark of the beast against people they eventually deem are acting inappropriately for refusing to keep Sunday holy.

And get this, just last week, and by the way, this is what we were watching for to see if others will follow China’s lead, Facebook announced they too will be using a similar scoring system as a way to curb what they deem to be inappropriate activity or fake news as they call it, when in fact what they really mean is that they will ban anyone speaking truth about what’s really going on. And if you notice, on both accounts the dying god of this world was able to prompt both the Chinese government as well as Facebook into thinking they’re power is threatened to the point of moving them to push ahead on a scoring system the man of sin can and will use in the very near future.

That all being said, watch this video of the news report regarding China’s social scoring system wherein they are literally banning people from buying everything from plane tickets, cars, real estate and even high speed Internet simply because the government claims they’re misbehaving. And as you watch the video think on how easily this very same social scoring system can be used in any nation on earth, on or offline, as a way to ban people they claim to be misbehaving from buying and selling simply because they refuse to keep Sunday holy after the man of sin in Rome and his dying god claiming to be Jesus Christ on earth puts forth the long prophesied Papal mandate to keep Sunday holy as their mark of loyalty to them.