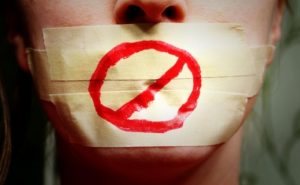 Keep in mind the word “homophobia” is based on a lie just as the word “abortion” is based on a lie. What I mean is; they change the truth to make it more acceptable unto them by watering it down to remove shock value. Abortion really means your killing your baby, but abortion just means removing useless cells. And homophobia means Christians are scared of homosexuals when in fact we are not. We love them enough to tell them the truth and that angers those in power.

The only reason this is happening is because the Vatican is a politicial giant that has nearly 150 nations in bed with it and is right now flexing its power over them thanks to 123 of those nations having officially signed unto the Rome Statute of the International Court system. But how does one make the connection between homosexual laws with the Pope in Rome? 98% of the prelates that work in government positions inside Vatican City are in fact homosexual. And so it doesn’t take a brain surgeon to see that when a nation that is literally run by homosexuals in every office of its government, which as prophecy predicted has become so powerful that even the United States Presidents must meet with the Pope after every election, one has to realize that homosexuality will be normalized by that political giant. That means, now that the fix is in via an international criminal court, any nation that is under that global court system is expected to pass laws just as Canada did in 2003 or America did when it went after Christians under its first homosexual president Barack Hussein Obama and now Switzerland just passed laws that states any Christian that uses a Bible to share a loving warning about the dangers of homosexuality, which by the way is declared an abomination in the Bible, that Christian will be jailed for up to three years!

Back in February of 2004 the Lord moved me to write a Newsletter regarding the Vatican’s homosexual agenda where the end result would be a global normalization of homosexuality as well as the removal of free speech wherein anyone speaking against the Vatican voice would be punished. Once this goes global, and it will, any speech they deem offensive will be illegal and one can rest assured anyone using a Bible to prove the Pope and his prelates are evil will be jailed and killed. The Vatican even stated in writing back in December of 2000 that anyone claiming the AIDS crisis was started in Rome would be considered terrorists and as a sovereign nation they can do as they please with those they deem a threat. And this is besides the fact that the evidence was made public that during the AIDS crisis Catholic priests were dying of AIDS 11 times greater than anyone else.

Scientists literally had to do the math on this for the same reason they did it to find Typhoid Mary back in her day. You need to find the source to help curb it or if left unchecked it can kill billions. All they needed to do was back track the way the disease spreads and where the disease is most concentrated that is the obvious source. A 12 year old child with a calculator could figure this had the data been handed him. It’s not rocket science and Rome knew it and so they tried to scare people into shutting up once the facts came out.

What most people fail to see is that prophecy is clear about Rome’s next step and so the Pope will have to do all he can to make himself look good so as to rule all nations. In Fact, Rome insisted back in September of 2009 that the Pope was a global figure, with huge moral authority and many poor souls believed it. The Pope knows he cannot be the one that steps up to demand people that use Bibles to warn homosexuals of danger should be persecuted and jailed because in so doing would openly declare their hypocrisy due to the fact they claim homosexuality is a sin in one breath yet in the next breath embrace it to the point of owning and operating homosexual bath houses in Rome. So again the pawn is needed.

And for those of you that don’t think they are able to commit the sin and then act like they are innocent, are you aware that Roman Catholic hospitals abort babies on a daily basis? Just as they hide the truth about their Pagan and homosexual ways to allow them to come off as moral, they know if the truth went mainstream about their daily abortions it would endanger their political foot in the door which as we know is based mostly on abortion, and so as prophesied, the man of sin in Rome not only uses dark sentences as the prophet Daniel predicted in Daniel 8:23, which we call “craftiness” today to hide his agenda, he also uses the many political pawns he has in all the highest offices of at least 123 nations to go forth to normalize sin in all its hellish glory for the dying god he has recently been exposed worshiping right out in the open.

NOTE: Pope visited Switzerland in June. In less than 4 months they pass this law. This is no coincidence.