The SDA people are BLIND to Sunday Laws 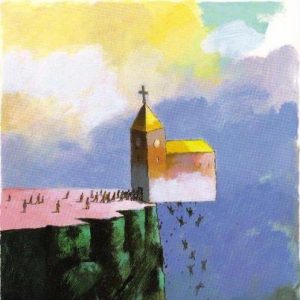 Now I am not going to post all the article headlines I have on that page because it would make this blog entry way too big. But I did scroll some of my favorites on the screen in the video I made yesterday. But they’re just a small fraction of what I have on that page, not to mention the thousands of other articles all over my website before I created the growing compilation page.

The reason I am posting this blog and made the video is to point out how blind the SDA people have grown to become when it comes to prophesied events. And it doesn’t help any when their Church president says things like he did on camera.

There are actually OVER 1.3 BILLION articles about Sunday Laws all over the Internet and I have many of them linked out on my Sabbath attack page and even more linked out within the articles themselves because there really is that much information regarding Sunday Laws and their soon arrival.

As I intimated earlier I also have some old and current blog entries as well as some old Newsletters that I have posted over the years both on and offline regarding the global plans of the Popes and their political cohorts in every nation regarding his mark and how people all over the planet are talking about his desire for Sunday laws in the last 9 years alone. And who can forget John Paul II’s statement within his globally published Dios Domini that says; ” Christians will naturally strive to ensure that civil legislation respects their duty to keep Sunday holy.”

That all being said, the list of artclies that are scrolling in the video I linked out above are only a fraction of the headlines I have touched on over the last few years and a much smaller fraction of what’s actually on the Internet as we speak. And again there are just too many to post in a video because even with a high end computer system the software I use to make my videos simply can’t handle such a load and will slow to a crawl if I made this as large as it needs to be to show all the headlines I have compiled on just one page online.

And so, for those of you still in the SDA church I reach out to you in as much love as I can muster from deep within, as you see these artclies scroll by in that video, think about what’s actually happening out there and then as you contemplate all this; remember what your Church president Ted Wilson said just one year ago in that video.

Additional Articles Confirming we are in the Last Days:
Shocking video shows Indiana cops brutally beating a handcuffed man as they’re finally charged, 11 months after the attack * “Wherever it Rains in the United States”: Chernobyl Doused the Whole Hemisphere * WHAT?! Gov’t goes behind parent’s back to help boy become girl * Government sued for secret wiretaps on citizens * Canadian Government accused of sending tax money to terrorists * VIDEO: WOW! High school teacher arrested after punching student during class * VIDEO: Mom strangled to death by her own teenage son * Google Chrome will block all ads on consistently deceptive websites