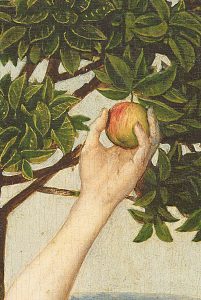 Many Roman Catholics as well as all churches that have joined with Rome in the last century know all too well about what true Bible students declare to be a strange doctrine put forth by the church of Rome called original sin. Historic record shows that it was actually a doctrine borrowed by Irenaeus the Bishop of Lyon in the 2nd century which was then further shaped and developed by Augustine in the 4th century further confirming the apostles of centuries earliernever embraced it and therefore never spoke of it in Scripture. But then this never stopped Rome from claiming otherwise before and so, notice the following quotes from the Catholic church.

“…the Church has always taught that the overwhelming misery which oppresses men and their inclination towards evil and death cannot be understood apart from their connection with Adam’s sin and the fact that he has transmitted to us a sin with which we are all born afflicted, a sin which is the “death of the soul”.[291] Because of this certainty of faith, the Church baptizes for the remission of sins even tiny infants who have not committed personal sin…. We therefore hold, with the Council of Trent, that original sin is transmitted with human nature, ‘by propagation, not by imitation.’  -Paul VI, CPG # 16).” -Catechism of the Catholic Church, Section Two, Article III & IV, #403 & 419.

In the book they use to teach their Catholic children it says the following.

Q. What is Original Sin?
A. Original Sin is the sin we inherit from Adam, the Father of the Human Race. -The Convert’s Catechism of Catholic Doctrine. p. 41

In other words, the Bible clearly says that the Roman Catholic doctrine of original sin is not of God and if it is not of God then it can only be of the poisoner of souls, the devil himself. That all being said, do we have any evidence that the SDA church teaches the exact same doctrine of original sin wherein all one needs to do is be born into the world and you then have the sins of Adam upon you?

Additional Articles Confirming we are in the Last Days:
New York’s abortion ‘barbarism’ having ripple effect * Cardinals blame ‘homosexual agenda’ for abuse crisis (But they hid the fact it started WITH the Popes) * Medicare for all? Prepare for obesity laws * FYI:Facebook stifles news on Jussie Smollett hate hoax * Here are 50 campus hate-crime hoaxes The College Fix has covered since 2012 * FYI: Dianne Feinstein Pushes Funding for Climate Change IndoctrinationIN THE SCHOOLS * RELIGION OF PEACE? Nigeria: One Year Later, Christian Schoolgirl Captured by Boko Haram Held for Refusing to Convert * Putin Threatens to Target U.S. with Hypersonic Missiles *VIDEO: Court Rules School Can Use Electric Shock as Punishment For Special Needs Students * VIDEO: UNDERCOVER: Late-Term Abortion Clinics Exposed! * VIDEO: What Happens When The President Declares A National Emergency (Note 1:14 on) * FYI: Worldwide effort to restrict everyone’s right to travel is close to a reality