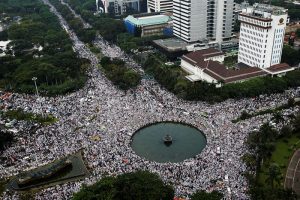 After Purnama’s comment made its rounds on social media, Muslim radicals were quick to accuse the Protestant governor of blasphemy and call for him to pull out of the hotly contested 2017 election.   END_OF_DOCUMENT_TOKEN_TO_BE_REPLACED