POPE FRANCIS spoke of his “sadness” for hundreds of thousands of victims of child sex abuse carried out by clergy in France’s Catholic Church. The pontiff expressed personal shame at the sheer scale of the attacks, which are thought to have been carried out on around 330,000 children between 1950 and 2020.” Source . 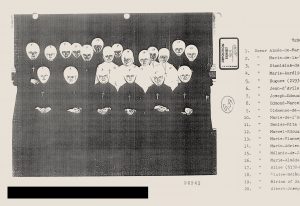 That all being said, one would think it’s as bad as it can get in the Vatican. And yes, this was prophesied to happen with the Catholic church in our day. That church has been corrupt from day one and it was declared long ago that in the very last days everyone will know who the man of sin is. It says in 2 Thessalonians 2:3, “Let no man deceive you by any means: for that day shall not come, except there come a falling away first, and that man of sin be revealed, the son of perdition;” And as we look around we know there is a great falling away wherein what’s good and moral is now considered evil and all that’s evil is now considered moral and upright to the point of killing your unborn child and homosexuals being married legally. And yes that is why Christians are hated globally. Most hate us because of the Bible we the obedient Christians lives by and they know the sinfulness of the world is pointed out. And being exposed to the light of truth like that simply angers some people no matter how gently that truth is presented.   END_OF_DOCUMENT_TOKEN_TO_BE_REPLACED 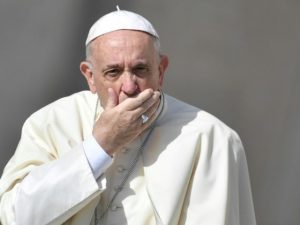 As most of you that frequent my main site know, I have posted hundreds of articles and websites that compile thousands more articles regarding the crimes of the Roman Catholic church. See that page here. But if you read the article regarding the grand jury report you will find some very graphic and morbid methods the Catholic church used to help the child rapists escape prosecution. As they did with the Nazis in the Vatican ratline, they made sure the priests would be relocated to areas no one knew about their previous crimes and so they could continue on in their sinful ways.  END_OF_DOCUMENT_TOKEN_TO_BE_REPLACED 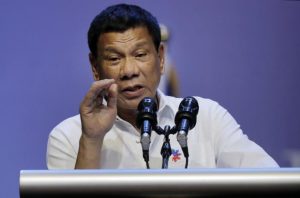 In a speech peppered with profanities in reference to the church leaders, Mr. Duterte encouraged his audience composed of families of slain Special Action Forces to read the book “Altar of Secrets” by the late journalist Aries Rufo to know the sins of the church officials.   END_OF_DOCUMENT_TOKEN_TO_BE_REPLACED

The Philippines president-elect accused the Catholic church on Sunday of hypocrisy, saying the bishops who had condemned him during his campaign had been asking favours from the government.

Rodrigo “the punisher” Duterte, who won the 9 May presidential elections by a landslide, caused outrage in the church hierarchy in December after making a rambling and obscenity-filled speech cursing the pope. About 80% of Filipinos belong to the Catholic church. Continue reading…

The Philippines’ president-elect Rodrigo Duterte has described the Catholic Church as the country’s “most hypocritical institution” and says he is ready to take on senior Filipino bishops in a debate about their wrongdoings before he takes office next month.

The tough-talking 71-year-old has yet to be proclaimed the May 9 poll winner, but an unofficial vote count by an election commission-accredited watchdog showed a huge lead over his rivals, three of whom conceded defeat. He is due to take office on June 30.  Continue reading…