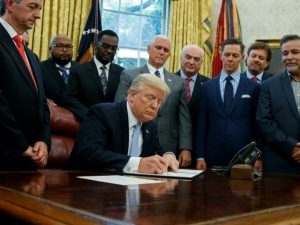 The president signed a statement declaring Sunday, September 3, as a national day of prayer.  END_OF_DOCUMENT_TOKEN_TO_BE_REPLACED 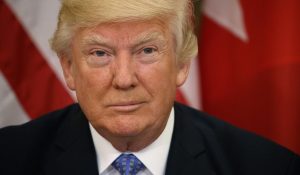 In a major speech in Saudi Arabia, the president will reject the idea that the U.S. and its allies are at war with Islam, but he’ll stress that it is Islamic leaders, not Western politicians or diplomats, who are best able to defeat terrorism.   END_OF_DOCUMENT_TOKEN_TO_BE_REPLACED 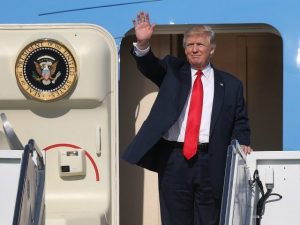 Have you seen my new page titled “Religious Laws are coming as Prophesied” yet? Perhaps you need to if you’re not aware of what’s prophesied to happen in the coming days. As I have stated for literally decades, before and after finding the truth about God’s Law wherein I finally became an obedient Christian that truly understands what it means to say Jesus is “Lord” of my life; the office of president has seen one wicked president after another all my life. If you look into a few of the presidents before you were born to see how long this was happening, it’s amazing how the timing of it all coincides with the start of the prophesied end times.  END_OF_DOCUMENT_TOKEN_TO_BE_REPLACED 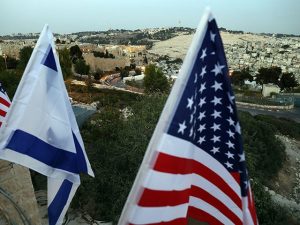 Finally! They actually blurt it out for all to hear in a way that has no hidden meaning wherein the common man can understand! As prophesied, the man of sin in Rome has sought to “plant the tabernacles of his palace between the seas in the glorious holy mountain” as prophesied in Daniel 11:45. This actually coincides with what students of prophecy have been declaring for literally decades, and the News media have been vindicating our statements since at least the year 2000 when the article titled “‘Jerusalem should be a unified world capital‘” came out that offered us some facts to back the prophecy for those that refuse the trust the Bible without some proof the prophecy is coming true. (But then, that too was prophesied in John 14:29)   END_OF_DOCUMENT_TOKEN_TO_BE_REPLACED 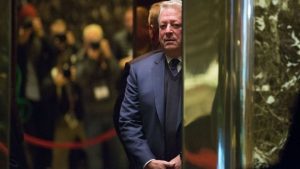 All three of Mr Trump’s adult children are serving on his transition team.   END_OF_DOCUMENT_TOKEN_TO_BE_REPLACED

Pruitt, who is Oklahoma’s attorney general, is a climate-change denier. In the National Review last May, he and co-author Luther Strange wrote, “Scientists continue to disagree about the degree and extent of global warming and its connection to the actions of mankind.”

The vast majority of scientists do not disagree that global warming is linked to mankind’s use of fossil fuels. Pruitt heads a coalition of Republican state attorneys general who are suing the EPA and the Obama administration over its climate change initiatives.   END_OF_DOCUMENT_TOKEN_TO_BE_REPLACED 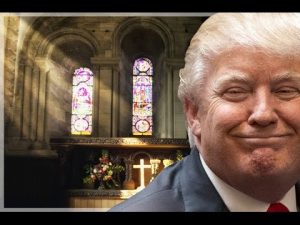 “Three sources from different conservative groups said that Heritage employees have been soliciting, stockpiling and vetting résumés for months with an eye on stacking Trump’s administration with conservative appointees across the government. One source described the efforts as a “shadow transition team” and “an effort to have the right kind of people in there. …Ultimately, Trump won 81 percent of the evangelical vote, a higher percentage than even George W. Bush — himself a devout born-again Christian earned in 2004. Part of the reason the list made such a splash was because Heritage and DeMint are hugely influential in deeply conservative circles, often appearing at the nexus of conservative power structures. …It will be as exciting as the 1930s, greater than the Reagan revolution — conservatives, plus populists, in an economic nationalist movement. And daylight between traditionally conservative policy prescriptions and some of Trump’s campaign rhetoric is especially apparent on the issue of foreign policy.” –Source

As many are aware, Trump attended Jesuit owned and operated Fordham University in the Bronx in his early days. So he has already been well-trained on Vatican politics from day one, and this is besides the fact that most see him as only a narcissistic businessman. But look around.. how many people are allowed to become multibillionaires in this world without first being approached by Rome or at the very least born into a family that is already “on the books?” None that I know of. And so one can expect that after decades of making money hand over fist as well as making deals with all sorts of people the world over, be they trustworthy or not. After seeing how well ecumenical compromise has paid off for him so far, would he at this stage in the game decide not to continue to play ball after seeing how well the game has been? What I mean is, after hearing Pope emeritus Benedict XIV aka Ratzinger proclaim a vote for Democrat means you’re hell-bound, suggests their long groomed man made it into the Oval Office after all. (Click here for the Pope’s letter penned back in 2004 that was pushed into the media the week of the election.)

END_OF_DOCUMENT_TOKEN_TO_BE_REPLACED 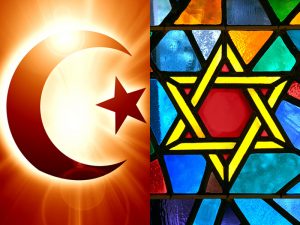 “Our council is coming at the right time,” said Eftakhar Alam, senior coordinator at ISNA’s Office of Interfaith and Community Alliances.   END_OF_DOCUMENT_TOKEN_TO_BE_REPLACED 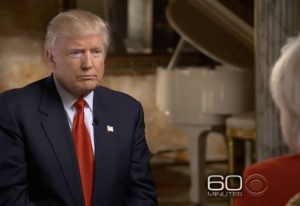 In an apparent attempt to assuage the fears of LGBT Americans, President-elect Donald Trump told Lesley Stahl of 60 Minutes that he has no plans to roll back same-sex marriage rights. Asked by Stahl if he personally supports marriage equality, Trump replied, “It’s irrelevant because it was already settled. It’s law. It was settled in the Supreme Court. I mean it’s done.” He went to clarify that even if he were to appoint a judge who opposes marriage equality, the issue has been “settled” and he’s “fine with that.”

END_OF_DOCUMENT_TOKEN_TO_BE_REPLACED 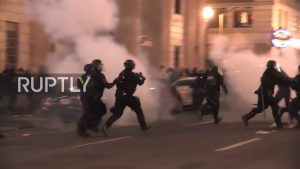 It’s amazing how long that line of busses appeared to be. Literally 5 city blocks and they were lined up on both sides. So in essence, 10 city blocks of paid for professional protesters to start riots in each city?! They are doing all they can to disrupt America and further divide the people. They even claim (in this video) that the powers that be can deny Trump the office of the president. But with a Republican house, Senate, and President elect, that’s not very likely. And if you notice in that video, the media is once again hiding truth and isn’t saying anything about the fact that the protests are bought, paid for and staged in those cities.   END_OF_DOCUMENT_TOKEN_TO_BE_REPLACED