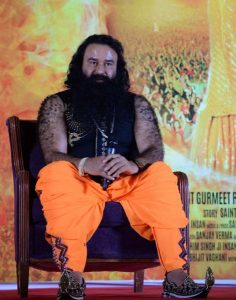 An Indian court on Monday sentenced a controversial spiritual leader to a total of 20 years in prison for raping two of his devotees, days after his followers went on a rampage that left 38 dead.

The riots broke out on Friday when Gurmeet Ram Rahim Singh, 50, was convicted of raping the two women at the sprawling headquarters of his hugely popular Dera Sacha Sauda sect in the northern state of Haryana in a case that dates back to 1999.

“He has been sentenced for 10 plus 10, which is a total of 20 years of imprisonment,” said Abhishek Dayal, spokesman for India’s Central Bureau of Investigation (CBI), after the sentencing hearing.   END_OF_DOCUMENT_TOKEN_TO_BE_REPLACED 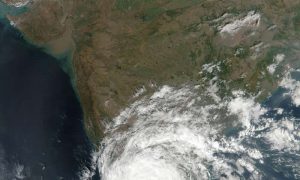 NASA satellite data provided a look at the cloud cover and rainfall rates within Tropical Cyclone Vardah. The Global Precipitation Measurement mission or GPM core satellite measured rainfall rates as Vardah was headed for landfall. After landfall, NASA-NOAA’s Suomi NPP satellite captured an image of the storm’s cloud cover as it weakened to a remnant low pressure area over southern India.