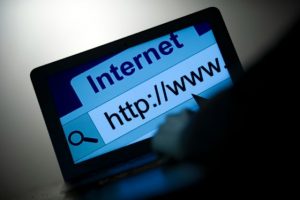 President Barack Obama called for a series of international agreements to regulate activity on the Internet, citing his preference not to start an arms race in cyberspace.

“What we cannot do is have a situation in which suddenly this becomes the Wild, Wild West,” President Obama said during a press conference in China on Monday after the G-20 Summit, referring to every country using the Internet as they wished, including using it to hack into other countries’ data.   END_OF_DOCUMENT_TOKEN_TO_BE_REPLACED

“China, Russia already announcing ‘necessary’ steps they want to take. …Pointing to the U.N.’s Geneva Declaration of Principles which clearly lays out the U.N.’s designs on taking over the Internet, Bergman argues that the giveaway could, “spell the end of the current era of free speech on the Internet, as well as free enterprise.” Authoritarian governments around the world bolster Bergman’s case. China issued a statement saying, “It is necessary to ensure that United Nations plays a facilitating role in setting up international public policies pertaining to the Internet.” The Russians weighed in, arguing that, “We consider it necessary to consecutively increase the role of governments in the Internet governance, with strengthening the activity of the International Telecommunications Union [the UNs telecommunications arm] in this field… in the development of ethical aspects of Internet use.” –Source

You know what amazes me about all this? The Seventh Day Adventist church (SDA) claims to be one that understands and preaches prophecy, and that includes modern day prophetic events. Yet, they missed this among other important fulfillments? Truth is, a few other denominations make the same claim. But with the SDA church, there’s at least an historic validity to the claim that they were blessed with the prophetic understanding. In her infancy the SDA church was as prophecy predicted for the 9th hour church. But as also predicted, that would make her an obvious and open threat to the Roman Catholic church that houses the main headquarters for Satan on earth and so as expected, the SDA church was infiltrated and did indeed become one with Rome and is now considered a sister to fallen Babylon. (See more pics, videos, studies, SDA quotes and modern day articles confirming this as prophesied fact here)  END_OF_DOCUMENT_TOKEN_TO_BE_REPLACED