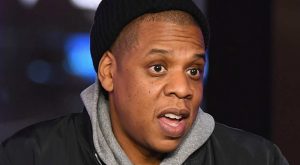 We need to pray for Jay-Z as he is declaring publicly that he is possessed by Satan in the same way an obedient Christian’s fruit shows the Holy Spirit is within them. Being in the very last days we are to expect demon possessed people to come forward more often now than ever before in history because Revelation 12:12 says “…the devil is come down unto you, having great wrath, because he knoweth that he hath but a short time.” Satan simply cannot waste time trying to hide his agenda anymore. There’s not enough time left for him to do that and still get large numbers. He knows that every prophecy that was declared to come to fulfillment by this time in history has been well documented to have been fulfilled with only a few left to go before Jesus returns. And so the enemy of souls knows he has to open the demonic floodgates in the hopes of luring as many souls into hellfire with him because it’s all about to end for him. And so now he doesn’t care if people know he is the one behind it all.   END_OF_DOCUMENT_TOKEN_TO_BE_REPLACED 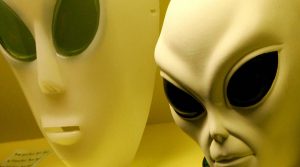 As students of prophecy and children of the Lord that study Hid holy Word we know for an undeniable fact that the Vatican has not been in communication with aliens from other worlds at all. In fact, I did a Newsletter on this back in July of 2008. In that Newsletter I not only shared Biblical confirmation that the so called aliens of Rome are nothing more than demons, I shared actual photos of ancient paintings on Vatican walls wherein they depict aliens being instrumental in the virgin birth of Jesus Christ as well as attendants at His baptism 30 years later. I also have a video clip wherein a very popular US President makes a comment that appears to be a well scripted agenda for the Vatican’s final push towards the “peace that destroys many” that the prophet Daniel spoke of. But I don’t want to get into all that here as I find myself having to repeat it so often lately due to the final push being upon us. So.. if you get time, check out that newsletter.   END_OF_DOCUMENT_TOKEN_TO_BE_REPLACED