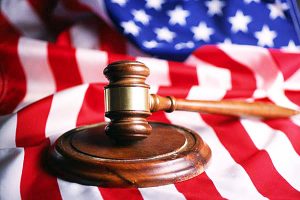 “A state court in Minnesota, which already is heavily influenced by a large population of Muslim immigrants and has one district represented in Congress by a Muslim, has decided that in America, it’s American inheritance law that applies. …The opinion, which was marked “unpublished” and not to be used for citation, involved the claim of Hosameldin Ibrahim Imbabi of Gold River, California. Representing himself, he claimed that all of the parties in the case were Muslims, so the state court should apply Islamic law.” –Source

Of course this case is minuscule in its long prophesied expectation of Shariah in America as it’s only regarding some Muslim who wants to make sure his dead brother’s widow only gets 25% of his estate. And yes, the man failed to get Shariah allowed. And yes, as usual, Satan uses the love of money to get things done and so this ends up in court so as to help the Muslim get some extra funds while at the same time tickle the ears of the judges regarding Sharia law in the long run. Still, it’s not a guillotine worthy decision and it really doesn’t matter if the man appeals or not to that end. BUT they do have to start somewhere.  END_OF_DOCUMENT_TOKEN_TO_BE_REPLACED 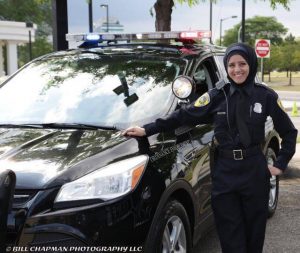 “A US Muslim woman from Dearborn, Michigan has been inaugurated as a law enforcement officer in the city. She says her religious and cultural background will allow for better community policing in the city that has the highest percentage of Muslim Americans in the US. Elian el-Khamissi reports from Chicago. “-Source

Our sinful elected leaders have normalized everything from homosexual marriage to abortion and now they seek the normalization of Islamic theology and law step by step. That being said, how long do you think it will be before many Muslim men who follow Sharia Law religiously become United States police officers? It’s no mistake they had a very small Muslim woman join the police force wearing a hijab first. To have a man do it first would be a show of force and many ‘might’ protest. I say ‘might’ because as we have already witnessed the last few decades, the herd mentality of this nation is playing right into the hands of Rome. Still, a small woman with a pretty face and a well scripted profile wherein she supposedly joined to be there for her community when her Koran says her job is the duty of men alone speaks volumes as to the deceptive manner in which they did this.   END_OF_DOCUMENT_TOKEN_TO_BE_REPLACED