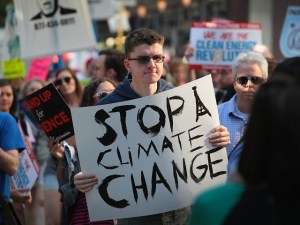 As we know, Trump caved on the climate change fiasco after he appointed his daughter to head up the White House climate change work for the Pope. Plus, we have Trump’s own words that his decision to pull out of the Paris accord had nothing to do with the fate of the planet as the Pope’s fear-mongers suggest. In days gone by he was very vocal declaring global warming a lie. Which 31,487 Scientists have stated in writing is bad science and a bold faced lie. But when pressured about it after becoming president, Trump reiterated about how the United States government has all along been a trailblazer in taking measures to slow global warming by its many very expensive (to US business men) government regulations. He even stated we are the cleanest nation on earth when it comes to governmental efforts in this issue.   END_OF_DOCUMENT_TOKEN_TO_BE_REPLACED 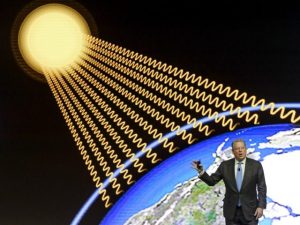 As many students of prophecy know, the prophecy regarding the mark of the beast predicts the need for a religious law and so the powers that be need to do all they can to assure religious laws become part of society as soon as possible. They need to rush ahead with their plans because their dying god knows his time is short and so this is why Trump did what he did a few weeks ago to help the government approved 501c3 pastors have the legal ability to lobby for religious laws. See my May 4th video on this.   END_OF_DOCUMENT_TOKEN_TO_BE_REPLACED

“On ‘America’s Newsroom,’ the secretary of the interior defends President Trump’s decision to exit Paris accord…” –Source

As I said in videos and blog entries, Trump caved long ago on this but not as many can tell as of yet it seems. He has been saying since day one in his presidential campaign that climate change is a hoax. But almost immediately after being elected president his daughter Ivanka is granted the lead position in the White House climate change department. If it’s a hoax and he plans to walk away laughing; why is his daughter doing as he denies? Why is he allowing US tax dollars to be spent on what he called a hoax?  END_OF_DOCUMENT_TOKEN_TO_BE_REPLACED 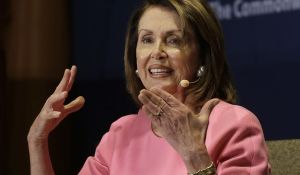 She compared the president to racist segregationists during the civil rights movement, said Mr. Trump’s decision was yet another reason he needed to release his tax returns, and said the U.S. has isolated itself from the world, joining just Syria in rejecting the Paris agreement as too onerous.  END_OF_DOCUMENT_TOKEN_TO_BE_REPLACED 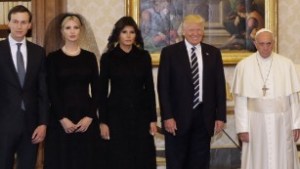 “After a highly anticipated meeting, Pope Francis appears to have left his mark on President Donald Trump. “Thank you. I won’t forget what you said,” Trump told Pope Francis, before leaving the Pope’s private study after a half-hour private meeting. Neither Trump nor the Pope revealed what their conversation entailed, but readouts from the White House and the Vatican highlighted terrorism, climate change and peace as agenda items covered.” –Source

As I have been wondering for months since Trump’s daughter Ivanka made climate change her focus in her father’s White House; when will Trump finally cave on this long prophesied agenda of the Pope regarding climate change? Well, this meeting is not only the focus of a new video I’m working on, (from last Friday’s blog entry) it’s also what all students of prophecy have been watching for all along because we know prophecy will be fulfilled no matter how much Trump is against it. And as expected, Trump had his meeting with the Pope, and as was also expected they had their meeting behind closed doors so as to keep the people they promised transparency with are kept in the dark, because as also prophesied their deeds are from the darkened realm of Satan. And if their constituents knew they would boldly revolt.  END_OF_DOCUMENT_TOKEN_TO_BE_REPLACED 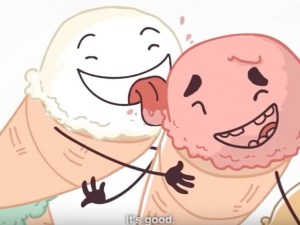 This man (Bill Nye) is one sick soul. And yes, this is the same man that said people that deny his proven bad science and agree with 31,487 Scientists that confirm Global Warming is wrong, should all be jailed as war criminals. So as is apparent, Bill Nye is more about the politics than the science. And now making this cartoon pushing perversion in sex, it’s now confirmed he really is all about politics. I have no doubt in mind that his cartoon, or a facsimile thereof will eventually appear in schools across the nation to further indoctrinate our precious children towards a perverted normality in life. This man is one angry man and his anger is mostly focused on the Creator God, as most in today’s main stream media are. And this cartoon confirms that big time.   END_OF_DOCUMENT_TOKEN_TO_BE_REPLACED

“A number of Ph.Ds have written a book chapter asserting that doubts about the theory of human-caused global warming should be considered “real science.” You know, the idea of basing hypotheses on documented evidence rather than a political agenda. But the National Science Teachers Association wants nothing to do with such an approach. Its executive director, David Evans, has written a letter to members insisting they must teach the agendas of the National Wildlife Federation, the North American Association for Environmental Education, the Campaign for Environmental Literacy, the Center for Climate Change Communication and other activist groups. What they must avoid, he contends, is the information compiled by the scientists who wrote “Why Scientists Disagree About Global Warming.” –Source

This is a major fingerprint of the Roman Catholic popes. This has been how they have always dealt with truth that goes against their current agenda. They used this method during the Inquisitions, during Hitler’s reign and they are using them today directly before they get the masses to bow to their lies and bow to them in open worship so as to be sealed for hellfire right before Jesus returns.   END_OF_DOCUMENT_TOKEN_TO_BE_REPLACED 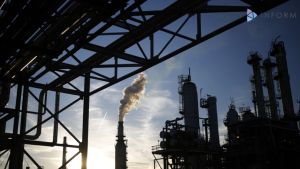 “President Donald Trump, having already backtracked on several campaign pledges considered important to his populist-conservative base, sparked worry Tuesday he may decline to withdraw from an Obama-era climate change agreement. …Staying in the legally non-binding accord would be an abject betrayal to his supporters,” said Thomas Richard of Climate Change Dispatch, in an email to LifeZette. Richard noted that the accord is the kind of abusive agreement Trump used to bash as a “bad deal.” …But Trump is under pressure from moderate advisers to reconsider ahead of a late-May meeting of the G7. Trump would be expected to take grief from France and Canada were he to pull out of the Paris Accord.” –Source

This is par for the course when it comes to all politicians. Be they dyed-in-the-wool as most in office today are, or those that come into office with no political experience beforehand. Just as we saw with Reagan we now see with Trump. What I mean is. Even though they (Reagan & Trump) may have made honest promises in their campaigns, (if that was possible) once gaining the oval office the reality of sitting in that chair had to come with some surprises. The biggest being, as we saw with Reagan, is the fact that the man of sin in Rome is in fact a lot more powerful in American politics than any new candidate vying for that office could know before winning the election and so, I don’t see Trump delaying his decision on whether or not to play the global game of climate change as an easy one to make knowing he did in fact make that promise to the American people and now the cold hard reality is he may have to renege on it. So the delay is more about spin-doctoring than it is about reneging. After all, sitting in that chair I am sure he now has a lot more info on why Kennedy was assassinated for denying Rome’s will and why Reagan was shot just three months after being sworn in. And most today already know about the Jesuits who killed Lincoln. END_OF_DOCUMENT_TOKEN_TO_BE_REPLACED 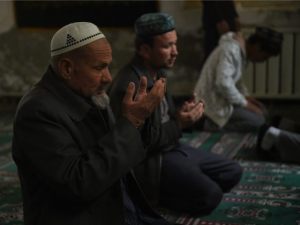 If you are one to watch the News, especially that which comes from nations wherein the Pope recently visited or is trying to make “friendly relations” with, you may notice that each time the Pope visits a nation, not long after the visit political chaos literally breaks forth on numerous front because the man of sin brings the enemy of souls with him wherever he goes and anyone doing business with him grants Satan permission to run rampant in their nation. What amazes me is how 1.2 billion Catholics keep missing all this time after time. They watch their Popes go from nation to nation, yet rarely do they see their Popes having major meetings with Catholic church leaders. No, the Pope concentrates on having meetings with the leaders of nations as well as non-Catholic leaders and with leaders from very evil religions. Worse yet, he bows before their antiChristian leaders and actually kisses their holy books. But nary a Catholic is bothered by this?  END_OF_DOCUMENT_TOKEN_TO_BE_REPLACED 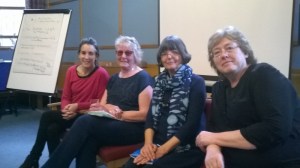 The Catholic Diocese of Hallam and the Anglican Diocese of Sheffield came together to host an ecumenical Study Day on Pope Francis’ encyclical on Saturday, 25th February. A packed room at Sheffield’s Quaker Meeting House came away enthused and inspired to foster care for creation in their home parishes. “The suggestion to explore Laudato Si’ together came from the Anglican diocese”, explained Greg Ryan, adult formation advisor for Hallam. “Not only have we been studying together, but we’ve learned from each other, often in practical ways. It’s been an experience of ‘receptive ecumenism”’.   END_OF_DOCUMENT_TOKEN_TO_BE_REPLACED