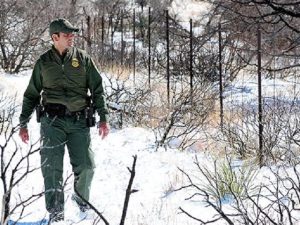 First of all a “migrant” is someone who came into a country legally either by using a visa who then stays for a while and either extends the visa to stay a little longer, or actually does the paperwork to gain citizenship of the country they are visiting in legally. So right off the headline and the one writing the article is being very deceptive. And as much as I wouldn’t vote for Trump or any other politician for that matter, the left keeps claiming he and others like him that say illegals are just that “illegal” anyone with a computer can dig up hundreds of videos wherein Trump and others have stated it’s not the legal migrants that’s the issue, it’s the illegal ones that’s causing the problem. But Rome and their political pawns on the left purposely lie about all that as this article and thousands like it confirms. And they lie because they must have the illegals flood into the nation to assure a massive voting bloc the next time they has some hell inspired agenda to get through the halls of Congress or excessively wicked leader to gain office.   END_OF_DOCUMENT_TOKEN_TO_BE_REPLACED