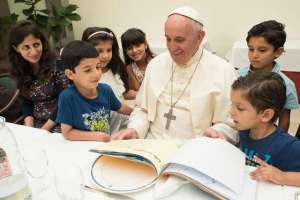 Essa, 31, has met the pope on several occasions, most recently during the pope’s visit on February 17th to Roma Tre University, a public research university in Rome where she currently studies. END_OF_DOCUMENT_TOKEN_TO_BE_REPLACED