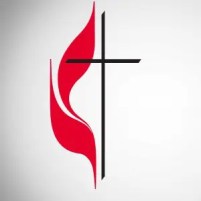 Two jurisdictions under the United Methodist Church have nominated openly homosexual candidates for bishop despite prohibitions against such appointments.

Karen Oliveto, David Meredith and Frank Wulf were all nominated during the meetings of the Western and North Central jurisdictions last month, with their nomination being publicly announced earlier this week by Reconciling Ministries, a homosexual advocacy group that professes to be Christian.

Executive Director Matt Berryman asserted that their nomination of the three was led by the Holy Spirit.

“On the heels of the 2016 General Conference, the Spirit of God is now raising up three openly gay candidates for the office of bishop,” he claimed in a blog post on Wednesday. “Building on the courage and work of the saints who have gone before, Dr. Karen Oliveto, Frank Wulf, and David Meredith are called by God to serve the church in sharing their gifts of visionary leadership for the life of the world.”
“As gay preachers of the gospel, these leaders followed Jesus into the margins of the church’s life where they pursued love and justice risking their own livelihoods and security,” Berryman stated. “We believe the new creation has begun — it’s time for The United Methodist Church to move boldly forward into the future and elect its first openly gay bishops to the glory of God and for the unfolding of a new future together.”

However, as previously reported, the United Methodist Book of Discipline outlines that “the practice of homosexuality is incompatible with Christian teaching” and that “self-avowed practicing homosexuals” may not be ordained as ministers in the denomination.

“While persons set apart by the Church for ordained ministry are subject to all the frailties of the human condition and the pressures of society, they are required to maintain the highest standards of holy living in the world,” the book reads.

Recently, the 2016 United Methodist General Conference agreed not to vote on any proposals surrounding sexuality for the time being, but to form a commission to discuss the issue and review the denomination’s current policies.

“We will continue to explore options to help the church live in grace with one another—including ways to avoid further complaints, trials and harm while we uphold the Discipline,” the Council of Bishops said during a meeting on May 21.

Prior to the meeting and General Conference, Reconciling Ministries Network released a letter signed by over 100 homosexual or transgender United Methodist clergy in an effort to seek acceptance and accommodation despite the denomination’s stance based on biblical text that such behavior is sinful.

“While you have welcomed us as pastors, youth leaders, district superintendents, bishops, professors, missionaries and other forms of religious service, you have required that we not bring our full selves to ministry, that we hide from view our sexual orientations and gender identities,” the open correspondence stated.

The 111 signees also outlined that they wish to remain in the United Methodist denomination despite prohibitions against homosexual behavior and that they desire to “create a pathway of hope into ministry” for non-celibate homosexual youth who want to serve in leadership capacities. Over 500 homosexual and transgender clergy spanning various denominations signed a separate letter expressing support for the United Methodist leaders who came out in their correspondence.

However, not all United Methodist clergy and ministry leaders support homosexual behavior. In an article entitled “Why Many Methodists Still Oppose Same-Sex Marriage,” John Lemperis, the Director of the UM Action program of the Institute on Religion and Democracy, said that the Bible is crystal clear on the matter.

“Even liberal Biblical scholars now agree that the Old and New Testaments are very clear in their moral disapproval of homosexual practice,” he wrote. “More fundamentally, Scripture paints a beautiful picture of marriage as a holy covenant of intensely intimate, self-giving community between man and woman, uniting the two most basic, equal categories of humanity.”

“We submit to Jesus as Lord,” Lemperis stated. “If He is truly Lord, then no area of our lives can be off-limits to Him. Jesus spoke strongly about the centrality of self-denial in following Him, which often means dramatic personal sacrifices, including not acting on powerful desires for things outside of God’s best for us. … Jesus and new life in Him are more than worth it.”  SOURCE