Dobson: Trump would ‘unleash Christian activists to fight for beliefs’ 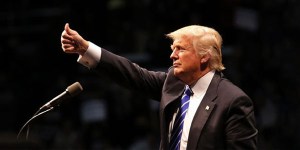 “GOP presidential nominee Donald Trump would “unleash Christian activists to fight for their beliefs” if he is elected this fall, according to Dr. James Dobson, founder of Family Talk radio and an adviser to presidents. In a commentary published on WND, Dobson, who earned his Ph.D. at the University of Southern California and is the author of more than 30 books, wrote about a meeting he attended between Christian leaders and Trump several weeks ago. He previously was quoted after that meeting saying he believed Trump had come “to accept a relationship with Christ,” repented of his sins and been “born again.” Dobson, who previously had supported Sen. Ted Cruz’s candidacy, endorsed Trump during the Republican National Convention.” –Source

So.. what’s not being said here? James Dobson is more a politician than he is a Christian. At least that is what his fruits have illustrated the last few decades. And yes, he too is a government agent who became as such by signing onto the long prophesied 501c3 contract with the second beast of Revelation. Being that this is bad enough wherein I don’t even have to touch on Dobson’s Vatican inspired doctrines and strange theology which entails everything from Sunday Sabbath to the Pagan holidays of Rome, the fact remains however that he is touching on something that Satan is very interested in today.

What I mean is, Dobson is a multimillionaire who is very involved in national politics for profit and he has been repeatedly interviewed over the years by the pro-Socialist main-stream media. His followers are in the millions and all of them embrace the same Vatican dogma he does and seeing how Dobson is one who prefers the limelight, his claims that a Trump win would ‘unleash Christian activists to fight for beliefs’ is very telling as to what we students of prophecy have been speaking on for decades.

We know Sunday laws are coming. And we know a “so called” religious leader will herald the need for those laws once their limelight begins to dim en masse and their pews start to empty which in turn causes their pockets to gather dust instead of the coins they worship. Yes, at present Dobson has no clue how much control Satan has over him on this 6000 year old agenda and so his main concern is to have his candidate in the White House so as to further his own career. If Trump wins, his position as a moral authority will balloon to some extent. Borrowing on Trumps recent televised comments regarding the need for 501c3 government funded agents/pastors and Christians with government approved ministries to step up and tow the line is nothing more than age old boot licking of a possible up and coming leader that has an agenda long expected by students of prophecy to be expedited by the actions of the prophetically blind “religious leaders” in our nation. No, I don’t expect Dobson or Trump have any clue as to how they will be used by Rome to assure that agenda is met, but one thing is absolute. Christian prophecy will be fulfilled.

The basic facts are these

Hillary already admitted on camera that if she wins she will continue on with Obama’s Socialist Vatican agenda. That will only happen if she somehow evades prosecution or at the very least indictment. And Trump has already started to push the buttons on the pulpits of all the 501c3 government approved preachers to assure they do their part as well when it comes to lobbying for religious laws. So.. in either scenario it’s a win win for Rome. If Hillary wins, the Socialist format will be solidified and better structured so as to enforce the mark, and if Trump wins the mindset needed to push the pastors towards using their governmental powers to lobby Sunday laws will also be solidified. Truth is, both their campaigns are presently working together for Rome as we speak. It’s all a matter of waiting a few months to see which agenda is in need of the bigger boost for Rome. And that will be understood clearly by who is inaugurated and sitting in 1600 Pennsylvania on January 20, 2017.