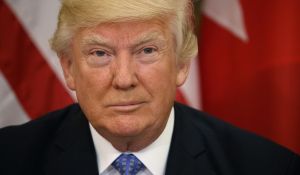 In a major speech in Saudi Arabia, the president will reject the idea that the U.S. and its allies are at war with Islam, but he’ll stress that it is Islamic leaders, not Western politicians or diplomats, who are best able to defeat terrorism.

“America is a sovereign nation and our first priority is always the safety and security of our citizens. We are not here to lecture — we are not here to tell other people how to live, what to do, who to be, or how to worship. Instead, we are here to offer partnership — based on shared interests and values — to pursue a better future for us all,” Mr. Trump will say, according to excerpts released Sunday morning by the White House.

“Every time a terrorist murders an innocent person, and falsely invokes the name of God, it should be an insult to every person of faith,” he will say. “Terrorism has spread across the world. But the path to peace begins right here, on this ancient soil, in this sacred land.

Mr. Trump’s national security advisor, Lt. Gen. H.R. McMaster, suggested to ABC News over the weekend that the president, just as his predecessor had done, will avoid the phrase “radical Islamic terrorism” during his speech. The White House excerpts include Mr. Trump using the words “Islamist extremism” and “Islamist terror groups.”