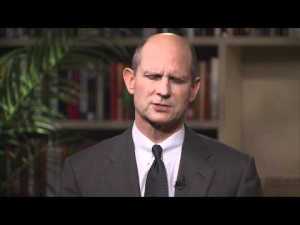 Do you recall back in 1998 how Pope John Paul the II released a statement that said, “To the dismay of Seven Day Adventist’s… but to the relief of everyone else, the Pope has declared that the world is not about to end. (-The Times, 24 April 1998, by Richard Owen in Rome)

Well it seems the SDA church no longer feels the same dismay they did 20 years ago. In fact, the president of the SDA General Conference just stated the following on camera. He said, “understand that yes, national Sunday Laws will come, persecution will come, but nothing of that sort is in the pipeline at the present time. Nothing that we have understood.” (-Ted Wilson)

Strangely enough, when speaking of Sunday Laws and all that entails their soon enforcement, Wilson can truthfully say that he understands nothing is in the works regarding this prophetic fact. But for students of prophecy we know that saying “nothing of that sort is in the pipeline at the present time” is because of disobedience and spiritually dangerous for all those that trust this man and his leadership. The Word of God is plain. The only way to understand prophecy is to obey the God that wrote it!

On my Sunday Laws are Coming page I have well over 1000 articles as well as thousands more linked out and quite a few more that I have yet to post online proving a ton of work is going on to bring about Sunday laws as we speak. Everything from government officials being pressured by Vatican prelates to ban all shopping on Sundays in Poland to global movements wherein even the Jews have been forced to agree to keep Sunday holy back in February of 2013, which then led to them passing a law in April of 2017 that allows all Jews to break the biblical Sabbath. I also have more than a few videos wherein talks of using the guillotine has been spreading, guillotines have been legalized in American prisons, and even written into Obamacare recently. But Ted Wilson says “nothing of that sort is in the pipeline at the present time. Nothing that we have understood.”

It used to be the SDA church was the place to be if you wanted to gain an education in doctrinal and prophetic understanding. Sad reality is, and as prophesied for the SDA church, apostasy breeds spiritual blindness and with that blindness comes the inability to see prophetic facts as they fulfill all around us.

As we see all over the Old and New Testaments; whenever church leaders disobey God, they are no longer allowed to understand prophetic truth. This is why Ted Wilson is echoing the Vatican’s peace and safety message as well as allowing pastors under his leadership to remain as pastors even after declaring Allah is god on camera or that declare SDA churches keeping Sunday holy constitutes no big deal. Wilson also turns a blind eye to Loma Linda declaring homosexual marriage is acceptable and even allows dozens of SDA churches to keep Sunday holy each and every week for years. Wilson may not see any evidence of Sunday Laws being lobbied, discussed or even down the pipeline as he calls it. But as prophesied, the remnant of her seed certainly does and we will go forth and warn as many as will listen that everyone needs to prepare for the coming of the Lord.

Please pray for Ted Wilson and all those that trust him to lead them to safety in the coming days. For as prophesied, only those who are obedient to the Lord will be blessed with the Latter Rain that blesses them to go forth to glorify the Lord that most Christians have decided to walk away from.

And so… How does this end for the SDA church? 1 Thessalonians 5:3 clearly said long ago, “For when they shall say, Peace and safety; then sudden destruction cometh upon them, as travail upon a woman with child; and they shall not escape.”

And how does it end for the obedient? 1 Thessalonians 5:4, “But ye, brethren, are not in darkness, that that day should overtake you as a thief.”