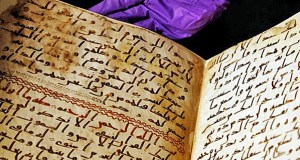 “A new report on lawmakers in Canada endorsing a ban on “Islamophobia” warns that it is just a stepping stone to what Islamic supremacists ultimately want. And how is that known? The Islamists themselves said so. At the Gatestone Institute, Judith Bergman, a writer, lawyer, columnist and political analyst, cited the recent action in Canada’s Parliament. There, lawmakers approved an anti-Islamophobia motion that states: “Recently an infinitesimally small number of extremist individuals have conducted terrorist activities while claiming to speak for the religion of Islam. Their actions have been used as a pretext for a notable rise of anti-Muslim sentiments in Canada; and these violent individuals do not reflect in any way the values or the teachings of the religion of Islam. In fact, they misrepresent the religion. We categorically reject all their activities. They in no way represent the religion, the beliefs and the desire of Muslims to co-exist in peace with all peoples of the world. We, the undersigned, Citizens and residents of Canada, call upon the House of Commons to join us in recognizing that extremist individuals do not represent the religion of Islam, and in condemning all forms of Islamophobia.” –Source

The Vatican’s hand is all over this one. Not only do we have a mountain of evidence to confirm the Popes of Rome invented Islam, right down to the fact they wrote their Koran 20 years before Mohammed was even born, we have all the churches in the World Council of Churches bowing to the Popes command to make Islam a protected and flourishing religion in the world. And this is why everyone from the loyal SDA to the Pentecostals declaring Allah is God. This is why we now see Canada banning any comments that speak truth about Islam. Rome knows they can never demand free speech be removed so as to protect the man of sin in Rome. They know the Loud Cry is getting very loud and they know the Pope is known worldwide as an evil man; but as we also know they base their stance on lies claiming to be the moral authority on earth so as to keep their true fruits hidden. But, to demand all that speak out against the Pope are to be considered criminals would be intolerable politically and Rome’s power would fade into international peals of laughter. And so, they need a scape goat to build the foundation on. That goat is Islam!

Now that they have made it illegal to speak against Islam in Canada, the laws will begin to spread. Just as we saw with homosexuality in Canada being protected first and then later protected in America and then the world, Rome knows what they’re doing here. Once “religious speech” is outlawed against Islam internationally, the Pope can then easily declare his faith is worthy of the same protections against those that expose him and his office as THE house of Antichrist. The Pope no doubt sees this as his deserved trophy after centuries of preachers effectively slowed the Vatican’s forward motion towards global dominance by using a Bible to prove his office to be Antichrist. So the Pope will eventually demand “Vati-Phobia” be banned as well. And so free speech will be curtailed across the board. Problem is, just as the Pharisees of old failed to do that with the Apostles in their day, the Popes and prelates of Rome will fail to do the same in our day. For the eternal Word of God that never changes with the times will once again shout loud and clear from the lips of the obedient bride of Christ, “WE OUGHT TO OBEY GOD RATHER THAN MEN.” -Acts 5:29