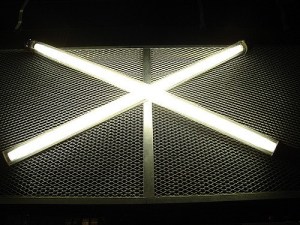 California may soon be the first state to offer a third gender option on all official state documents, if a State Senate bill is passed out of the Assembly and signed by the governor before the legislative deadline this year.

According to a San Francisco Chronicle report, the third gender option most likely to be added to the ‘M’ and ‘F’ is Gender ‘X’:

A bill advancing in the Legislature would allow Californians to opt for a “nonbinary” gender marker on all forms of state identification. It’s not yet clear which alphabetical abbreviation will be used, though “X” appears to be a leading candidate.

That would make California the first state in the nation to fully depart from the rigid either/or categorization of gender, embracing a more fluid understanding of the term — at least on paper.

SB179, introduced by Democratic state Sens. Scott Wiener of San Francisco and Toni Atkins of San Diego, has already cleared the Senate and is set to be considered soon in the Assembly Appropriations Committee. The bill would also make it easier for transgender Californians to legally change their designated gender on state documents, including minors who receive parental consent.

California would be following the lead of Oregon, which as of July 1st “became the first U.S. state to allow residents to identify as ‘nonbinary,’ neither male nor female, on their driver licenses and identification cards,” according to the Oregonian.

Originally touted as a bill to address those born “intersex” — that is, born biologically neither male nor female — the bill has been expanded to include those who simply feel “nonbinary,” and believe that neither of the gender options currently available adequately describes how they “feel” about their gender.

Opponents of the change are concerned about opening up a Pandora’s box by allowing gender to be “redefined” on a whim, and compromising the security of identity documents.

The McClatchy News Service reports that “[s]tarting Aug. 31, Canadians can obtain passports that identify their gender as ‘X.’”